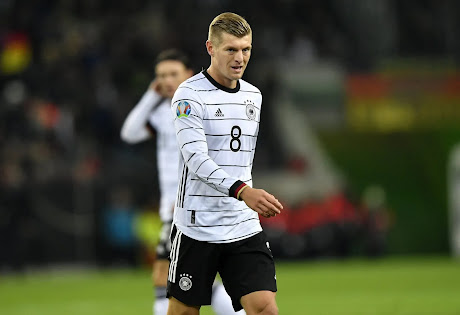 Real Madrid midfielder, Toni Kroos, has made a U-turn on his claims over the greatest football of all time (GOAT) after Argentina lifted the World Cup on Sunday.

Kroos, who played alongside Cristiano Ronaldo in Spain for several years, had previously suggested that the Portugal captain was the best ever.

But, after Lionel Messi led Albiceleste to glory in Qatar, the German has now changed his opinion.

According to the Mirror, Kroos had previously claimed: “From my playing days, it’s Cristiano Ronaldo (best player of all time). Of course, I’m biased because he made a decisive contribution to us winning a lot of titles.”

Kroos spent four years playing with Ronaldo at the Santiago Bernabeu before the five-time Ballon d’Or winner moved to Juventus.

However, in a new interview with MagentaTV, Kroos said: “He (Messi) deserves it. In terms of individual performances in a championship, I’ve never seen a footballer play as regularly as this guy.

“You have to take into account that he has never played for clubs that I find very funny, something that proves that I mean it.”