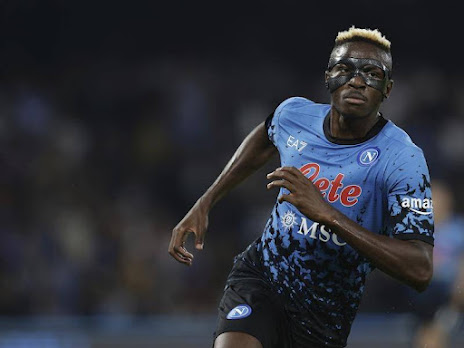 Victor Osimhen is already looking forward to Napoli’s next Serie A clash against Inter Milan.

Action will resume in the Italian top flight on January 4 following the World Cup break with the game expected to gain the most attention.

Napoli is unbeaten in the league this season and enjoyed an eight-point lead over second-placed AC Milan.

The Partenopei last won the scudetto in 1986.

Osimhen has been leading the Blues’ charge for the title netting nine times in 11 league games.

“We can’t wait to play against Inter Milan,” Osimhen was quoted by Napoli Magazine.
“ The championship is very long and we know that we must never give up to keep first place.
“Inter Milan is a great team, we want to win but it won’t be easy”.