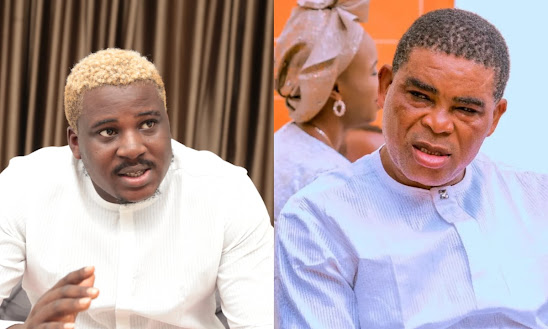 Kamal Adebayo, the father of skit maker Isbae U, has passed away.

The late Nollywood actor was popularly called Sir Kay by colleagues and fans.

The deceased is known for his charisma and distinct slang in Yoruba movies.

Sir Kay died a few months after Isbae U surprised him with N1 million cash as a birthday gift.

The cause of his death is not known yet, although he is believed to have been battling an ailment for a period of time.