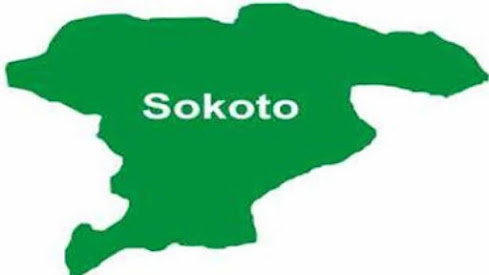 Sokoto State Governor, Hon. Aminu Waziri Tambuwal has presented a budget of N198.5 billion to the State House of Assembly for the 2023 fiscal year.

He pleaded with the Speaker and the State lawmakers for the acceleration of the 2023 budget consideration and subsequent approval for the betterment of the entire citizens of Sokoto State.

“The year 2022 has been a period of accomplishment in the socio-economic life of the State, despite numerous challenges faced by not only Sokoto State and Nigeria but the world as a whole.

“The manifest socio-economic impacts of the Ukraine-Russia conflict, climate change, insecurity, occasioned by banditry, cattle rustling, kidnapping and armed robbery have had adverse effects on the economic activities of the entire nation and the Northwest zone of Nigeria, including Sokoto State.

“It is gratifying, however, that despite this gloomy picture, we have endeavored to navigate through the situation as a government and people, especially in response to the spillover effects of climate change and the Russia-Ukraine war, which have caused strains on our healthcare sector and the economic activities of our teeming populace.

“Sokoto is among the few States in the country that have fully adopted the principle of realistic and all-inclusive budget.

“We have signed up to the Open Government partnership (OGP) and had in fact, adhered to all its principles long before endorsing its regime.

“In that spirit, the good citizens of the State, as in the previous years, were carried along in the preparation of what I am presenting before you today, right from the conception level to articulation.

“Let me at this point appreciate all the interest groups that have participated in this process.

“I had the privilege of engaging with the various stakeholders and their views, observations and inputs were harnessed during the stakeholder’s town hall meeting. This is borne out of our desire to carry the people along in the decision as to how their resources are expended.

“As you are all aware, this is the last budget to be presented in this hallowed chamber by this administration. Thus, in the coming 2023 fiscal year, government will lay more emphasis on completing ongoing projects, especially legacy projects.

“We will continue to accord priority to education, health, environment and agriculture, with emphasis on dry season farming, irrigation and the value chain of production, in order to augment the deficit that may arise in the rainy season and the scarcity caused by the prevailing state of insecurity.

“The 2022 Budget is tagged ‘Budget of consolidation and finishing strong’, to symbolize the change of guard in the administration and also signify our realistic approach to fiscal policy,” he said.

Governor Tambuwal reviewed the 2022 budget, saying that it was the expression of the desire of the people of the State, through a meticulous process of inclusion to ensure ownership.

According to him, the total budget size for 2022 as passed by the House was ₦188,429,495,847.63, including supplementary, consisting of capital and recurrent expenditure.

“It is pertinent to note that, the security challenges of 2021 persisted in 2022. This is in addition to a shortfall in revenue, especially statutory allocation and Value Added Tax (VAT) and high inflationary rate, in spite of which Government remained resolute towards fulfilling its promises to the people of Sokoto State.

“Mr. Speaker, Honorable members, distinguished ladies and gentlemen, in consonance with the existing budgetary standing and prevailing fiscal realities as contained in the State Medium Term Expenditure (MTEF) and glaring evidences before us, the Budget for 2023 is pegged at ₦198,501,095,129.88 which is higher than the current 2022 Budget of ₦188,429,495,847.63 by N10 billion, representing 26.7percent.

“The increase in our 2023 Budget Proposal is attributed to the actual revenue collection of the current year and realistic anticipated increase in capital receipts. In all, we are modest in our projection of various sources in line with prevailing realities and the realistic budget principle,” he further stated.