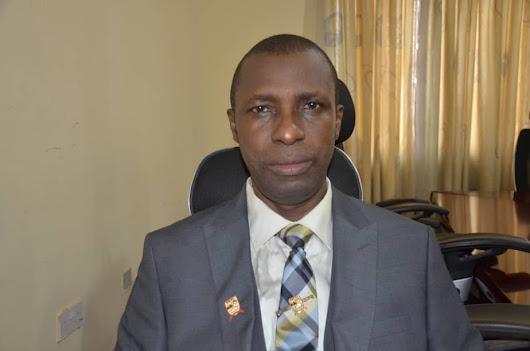 The Vice-Chancellor gave the warning while addressing the newly matriculated students for the 2021/2022 academic session for the Postgraduate Regular, Sandwich, and Professional programmes held at the University main auditorium, Ado Ekiti.

Professor Olanipekun noted that there were various channels of communication where issues could be handled rather than exposing the university to unnecessary ridicule and therefore, advised students to explore such avenues.

The Vice Chancellor congratulated the matriculants for scaling through the rigorous screening exercise of the postgraduate college and informed them that they all have reasons to be proud of Ekiti State University as a centre of academic excellence. He noted that the university had improved in its recent webo metric ranking to be the 14th best university in Nigeria and 2nd best state university across the nation.

He encouraged the matriculants to always visit the University library which he described as one of the best in the sub Sahara region. The Vice Chancellor explained further that the library is well equipped in both soft and hard copies of various versions of books not only for research, but for in-depth knowledge in their academic pursuits.

Olanipekun further implored the matriculants to be good ambassadors of the institution and abide by all its rules and regulations, stressing that his administration has zero tolerance to any form of misconduct.

The University Registrar, Mr Ife Oluwole, had earlier administered the matriculation oaths on the matriculants at the event.