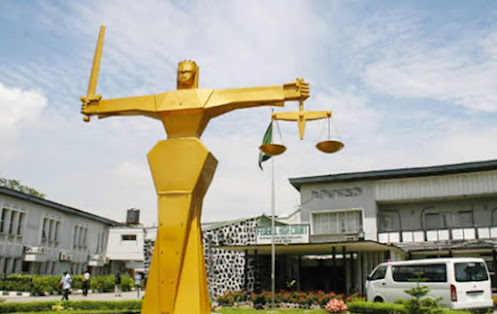 Suspected kidnap kingpin, Hardo Usman Adamu, facing trial over alleged criminal conspiracy and kidnapping fainted on Monday when he appeared before an Ilorin high court in continuation of his trial.

He appeared alongside two other suspects before Justice Adenike Akinpelu of the Kwara State high court in Ilorin.

His defence lawyer Barrister Adebayo Adelodun SAN, on the ground of ill health, pleaded for his bail to enable him to receive medical attention at the hospital.

The trial judge who did not decline the request directed that the suspect be taken to the General Hospital Ilorin for medical attention.

Justice Adenike also adjourned the matter to January 9, 2022, for the continuation of the trial.

In another development, the entire Fulani Community leaders in Kwara State, on Tuesday urged the Emir of Ilorin, Dr Ibrahim Zulu Gambari, to urgently suspend Hardo Usman Adamu, who holds the traditional title Shugaban Fulani of Kwara State pending the final determination of the alleged criminal conspiracy and kidnapping case now at the high court in Ilorin.

A statement in Ilorin on Tuesday, signed by 11 signatories of the leadership of the Fulani Community said “the request is premised on the fact that our integrity and uprightness as a tribe has been seriously battered by the arrogance of Hardo Usman Adamu for the said office.

“As a law-abiding community in the state, we urge you most humbly to suspend the Hardo Usman Adamu pending the determination of the alleged case against him,” the Fulani leaders pleaded.

They also asked the Emir to appoint an interim person or committee to paddle the affairs of the Fulani Community in the state pending the appointment of a substantive Hardo for the Emirate.