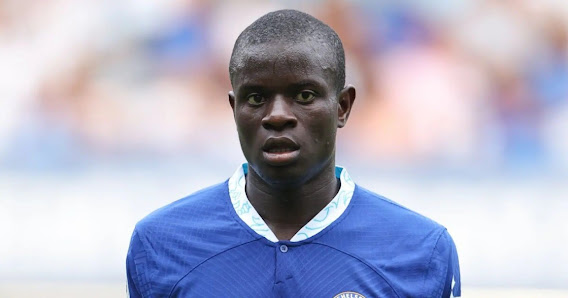 Chelsea midfielder, N’Golo Kante, is set for a shock transfer move to join Saudi Arabia side Al-Nassr at the end of the season despite his injury woes.

According to Get French Football News, Al-Nassr want to sign Kante on a free deal in the summer once his contract with Chelsea expires in June 2023.

The France international has been plagued by injury throughout this season.

Kante was left out of France’s 2022 FIFA World Cup squad after managing a total of only three appearances.

The report added that Al-Nassr are determined to sign some top stars in the summer, with Portugal captain Cristiano Ronaldo posing as a priority after his dramatic departure from Manchester United last month.

The club is being backed by the Saudi state to attract some of the world’s biggest football stars in the country.

That is due to the country’s attempts to win their bid to host the 2030 FIFA World Cup.