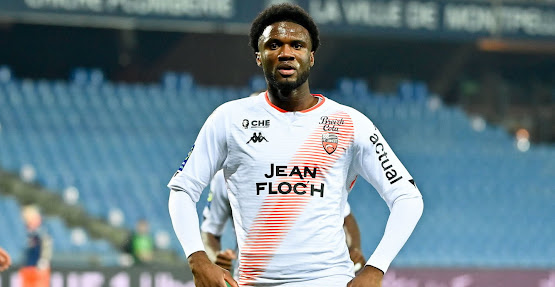 Southampton, according to the Athletic have long admired Moffi and will look to bring him to England in January.

The Saints are desperate to bolster their attack after a tough campaign in the English top-flight.

Moffi has been a consistent goal scorer for his modest French club, Lorient this season.

The 23-year-old has scored 10 goals in 15 league appearances for Les Merlus.

Only Paris Saint-Germain duo, Kylian Mbappe and Neymar have scored more goals than the striker in Ligue 1 this season.