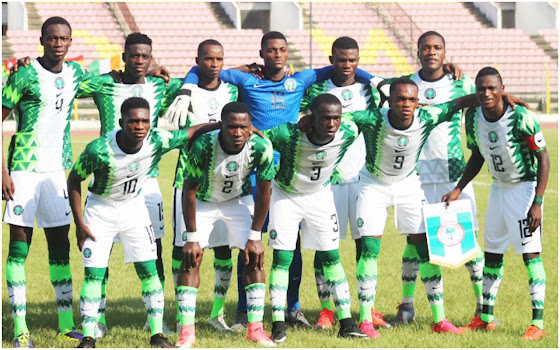 Nigeria’s U-20 side, the Flying Eagles, will undergo an overseas training tour ahead of the 2023 Africa U-20 Cup of Nations.

The tour, according to SCORENigeria, is being packaged by the Nigeria Football Federation (NFF) task force for age-group teams led by Aminu Balele Kurfi.

“It’s most likely a tour of Europe,” a top official of the NFF told the website.

“This will sharpen the boys before the tough task of qualifying for the U20 World Cup.”

The Flying Eagles resumed training ahead of the U-20 AFCON in Abuja on Monday.

Ladan Bosso’s side won the WAFU B tourney in May.

The Eagles defeated Paul E Sports Academy 5-0 in a friendly encounter in Abuja on Thursday.

The top four teams in the competition will represent Africa at the FIFA U-20 World Cup in Indonesia.