Withdrawal Limit: I am not available to brief you – Emefiele writes Reps 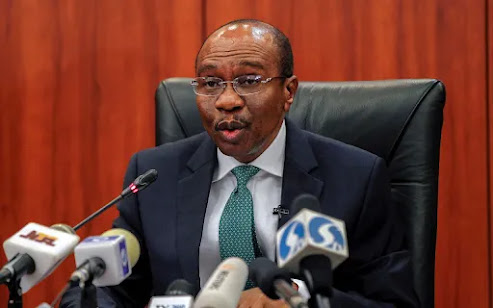 The Central Bank Governor, Godwin Emefiele has once again failed to appear before the House of Representatives over the cash withdrawal limit policy of the CBN.

The CBN Governor, in a letter written by the Deputy Governor, Corporate Services, Edward Adamu, said he is currently outside the country for an official assignment.

He stated that he will communicate with the House on an appropriate date.

“Regrettably, the governor is unavailable to brief the House of Representatives at this time, because he has other scheduled official engagements he is currently addressing abroad.

”Accordingly, he has requested that we respectively convey his inability to honour this invitation on the rescheduled date.

”The governor regrets this and will contact the House of Representatives as soon as he returns to the country from his official assignment,” the letter read in part.”

It would be recalled that the briefing has been postponed twice by the lawmakers, as Mr Emefiele has been outside the country.

Reacting to the letter, Femi Gbajabiamila, the Speaker of the House, said the CBN governor must brief the House on his reason for spending two weeks outside the country.

He insisted that the CBN governor must appear or send a deputy governor in his stead.