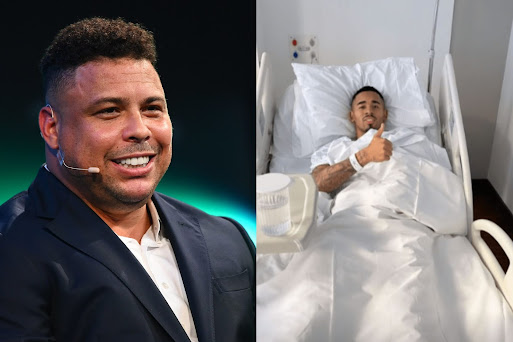 The former Real Madrid and Barcelona striker also lambasted those criticising the Arsenal forward who is recovering from his World Cup-ending injury.

Jesus was injured in Brazil’s 1-0 loss to Cameroon in their final group game, and was later ruled out of the rest of the tournament and is also expected to stay on the sideline for at least three months.

The 25-year-old has received a lot of criticism for not scoring enough, having failed to score in 14 matches.

But Ronaldo posted a lengthy message on Instagram, hailing his compatriot.

“Criticism can either be constructive or destructive in one’s life. Words have the power to lift up and tear down,” Ronaldo wrote.

“Sometimes the same ones that boost one discourage another. Therefore, it is important to be careful what we say. But, above all, what we listen to.

“The boy did the impossible. The ‘impossible’ extraordinary. He left the Peri Garden to conquer the world.