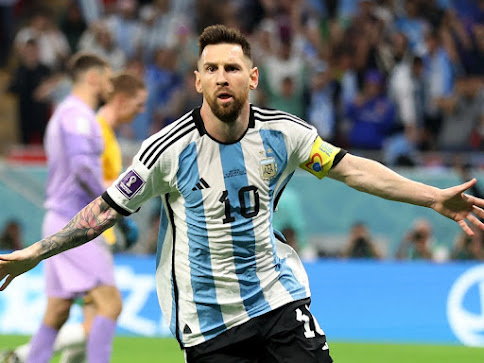 Scaloni said this after Messi led Argentina to beat the Netherlands on penalties following a 2-2 draw in the World Cup quarter-final tie on Saturday night.

Recall that Messi scored during the encounter as Argentina defeated Netherlands 4-3 in a penalty shootout.

Speaking about at his post-match press conference, Scaloni said after the game (via UK Sports Mole): “Today Leo (Lionel Messi) showed that he is the best of all time.”

He added, ”This team has the spirit to be able to face the situation at all times. From my point of view, we did not deserve to go to penalties, but even so, the team continued to show its face.

“We had the game under control, but football has this, even when you think everything is over. This team has youth and pride. It is essential to never give up.”

Argentina will now face Croatia in the World Cup semi-final tie on Tuesday.