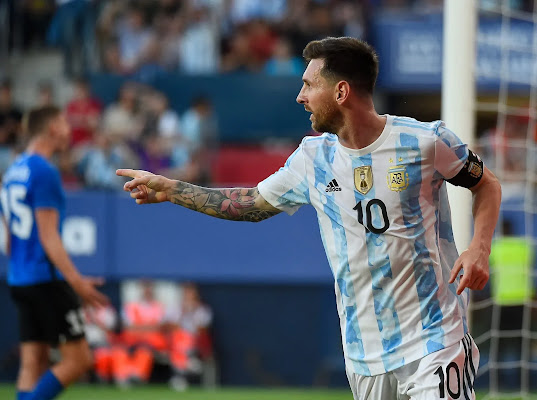 Argentina beat the Netherlands 4-3 on penalties to qualify for the semi-finals of the Qatar 2022 World Cup on Friday.

The Dutch came from 2-0 down to draw 2-2 with the last kick of normal time but eventually lost on penalties.

During his interview on live TV, the Argentina captain appeared to lock eyes with an unseen individual, reported again to be Van Gaal.

The 35-year-old furiously asked: “What are you looking at? Go ahead, stupid.”

He went on to say during the interview that “Van Gaal says that they [Holland] play good football but what he did was put tall people and hit long balls.”

Argentina will now face Croatia in the semi-finals on Tuesday.