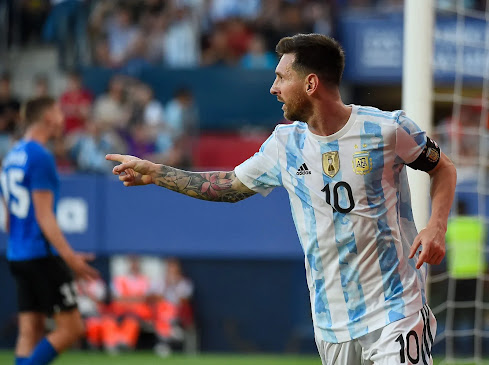 Netherlands goalkeeper, Andries Noppert has described Lionel Messi as ‘just like every other human.’

The goalkeeper refused to be hypnotized by the Paris Saint-Germain’s man as The Netherlands tackle Argentina in the quarter finals of the 2022 World Cup in Qatar.

Noppert pointed out that just like every other player, the Argentina super star is only human and can miss penalties too.

The Netherlands beat the USA 3-1 to book their berth in the last eight of the tournament, while Lionel Messi and his colleagues managed a 2-1 victory over Australia to reach this stage.

Messi was on the scoresheet and dazzled throughout the game.

Noppert told a post match press conference on Wednesday, “He’s the same as us. He’s a human, It’s about the moment. He can also miss and we saw it in the beginning of this tournament.”

Noppert happens to be the tallest goalkeeper in the FIFA World Cup.