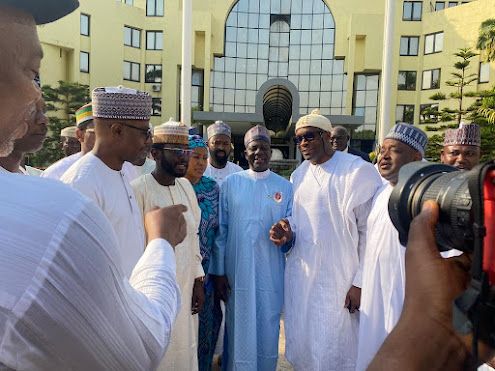 The House of Representatives Committee on National Security and Intelligence has applauded the Department of State Services (DSS) for its fight against crime using an “effective” intelligence service.

Sha’aban Sharada, the chairman of the committee, gave the commendation on Tuesday during an oversight function at the DSS headquarters in Abuja.

Sharada noted that banditry, kidnapping and terrorism relatively reduced following the input and approach of the secret police.

“I want to use this medium to convey my gratitude to the management of the state security service under the leadership of Yusuf Bichi, a man of honour, vision and integrity.

“It is significant to note that the level of crime, especially kidnapping, banditry and terrorism, has reduced considerably despite approaching the 2023 general election due to his inclusive approach of utilising stakeholders’ input in the delivery of its statutory mandate of the service.”

Also speaking at the function, the Deputy Chairman of the committee, Adejoro Adeogun, said his colleagues had had a good rapport with the DSS.

Earlier in his response, the Director General of DSS, Yusuf Bichi, assured his organisation would continue to spend its budgetary provision judiciously.