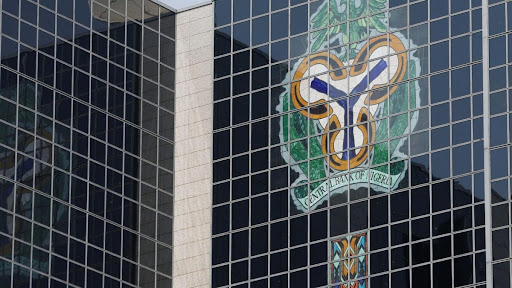 Some Nigerians have expressed optimism that even as the price of goods and services have soared in recent days, the yuletide holidays would not be affected.

However, they expressed reservations about the monetary and cashless policy introduced by the Central Bank Governor, Godwin Emefiele.

Speaking with newsmen in Osogbo, they maintained that the never-say-no Nigerian spirit would prevail at the end of the day.

A commercial transporter, Wasiu Anago, speaking with newsmen disclosed that even though the cost of Premium Motor Spirit (PMS) was hitting N300 per litre in some areas of the state and also that some petrol stations were involved in hoarding and the black market was having a high level of patronage as people were eager to travel to celebrate Christmas and New Year with relatives and loved ones.

He maintained that the high cost of fuel had not affected the rate of passenger travel.

“You know this is Nigeria and people travel a lot during this season and as expected the rate of travel is high. People want to celebrate this season with family and friends and notwithstanding the rate at which fuel is selling now, motor parks and filled up, and transporters are still shuttling between Osogbo and other towns.

“The only complain we have is that fuel is expensive but passengers are still flowing,” he said.

Residents were also observed trooping in and out of malls and stocking for the coming holiday.

Olufunke Ayoola said although the costs of items were hitting the roofs, Nigerians are still willing to go the length in satisfying themselves.

“Look, I have worked from January to December, why shouldn’t I have time to enjoy this holiday? As for me, this is the only significant time for me to relax with my relatives and friends.

“Yes, I know living in Nigeria is hard this year but I am not going to allow that to dampen my spirit. I have determined not to allow that disturb me. That is not to say that I’d be extravagant. I just want to have fun for once, Nigeria or no Nigeria.”

Meanwhile, a phone dealer, Chibuzor Anthony, also noted that sales have gone up.

In his words, “Nigerians tend to flow with the season. This is the season for some to move into their houses, change cars and also change phones. So sales have not been bad lately compared to other times.

“I see it as the mood of the season. Perhaps after the season, complaints would arise again that things are expensive.

“The only complaint I have is this new Central Bank of Nigeria cashless policy. Most of my customers purchase by transfers. With this policy, I need education on how to conduct business and transferring of funds. Does it mean my customers cannot pay me any amount more than the prescribed daily amount?”

He described the policy as not being business-friendly because most trading transactions still go on with cash due to the challenges experienced in banks and network connectivity.

Another business owner, Lateefat Oyewale, stated that doing business has been challenging for her.

She revealed that her gas business was picking because she sells it within an area where people patronise her because coming to her shortens the distance to the nearest filling station.

“I refill gas in a residential area, and this makes customers come because I am like a middleman. With success recorded, I diverted into POS, but with the Central Bank of Nigeria policy, it means I may do away with the POS.

“It will affect many of us because we are many doing the business here. As for me, I refill gas and I do other business added to it but I sincerely hope that the government would have a change of heart because we know who they are targeting but the policy would be felt by everybody,” she said.