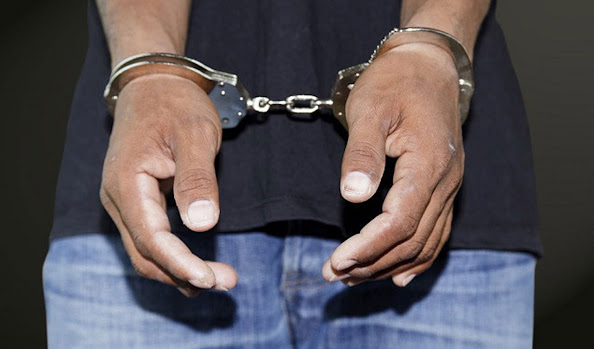 Operatives of the Zamfara State Anti Thuggery Committee have arrested a 70-year-old man (name withheld) for allegedly raping a minor at Yan Mangwarori village of Gusau Local Government Area of the state.

It was gathered that the suspect, married to four wives and father of 20 children, confessed to having carnal knowledge of the 13-year-old girl on two occasions.

Parading the suspect on Friday, the chairman of the committee, Hon. Bello Mohammed Bakyasuwa explained that the man made a confessional statement during interrogation.

According to Bakyasuwa, the suspect was arrested by the security operatives of the committee along Yan Mangwarori village of Gusau Local Government Area of the State while trying to perform the nefarious act for the third time last Thursday.

“The suspect was arrested following a hint from his family members who were not satisfied with his unholy act with teenagers in his house,” Bakyasuwa added.

“The security operatives arrested him as he was about to perform his unlawful act in the house.”

Bakyasuwa further said that he would not mention the names of the suspect and the victim, for reasons best known to him.

Speaking further, he stated that the names would be made public as soon as a thorough investigation has been concluded and the suspect arraigned before a court of competent jurisdiction.

“I will not disclose the names of the suspect and the girl now for some reasons but the man will be arraigned before the court where his name and that of the girl will be mentioned,” he said.

The 70-year-old man who spoke with newsmen confirmed that he has four wives and 20 children. He claimed that he did not know what pushed him into such a dastard act.

He, however, admitted that he had been doing such nefarious acts with teenagers for a long time in his matrimonial home.

According to him, he persuaded the girl with N100 for the first time and gave her N200 the second time.

He said that he was exposed by his wives who informed the committee of his nefarious acts which led to his arrest by the security operatives of the committee.

But he denied defiling the teenage girl with his manhood pointing out that his manhood wasn’t functional.

“I put my fingers in her vagina and got satisfaction but I never used my manhood because of non-erection. Even doctors have confirmed that my manhood was is longer functioning,” he said.