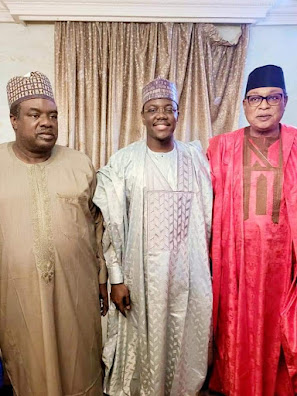 Former Jigawa State Deputy Governor and the 2023 gubernatorial aspirant of the All Progressives Congress, Ahmed Mahmoud Gumel has defected to the Peoples Democratic Party, PDP.

The State PDP Chairman, Ali Dinginsa confirmed his defection in a phone interview after an emergency meeting.

He said the former Deputy Governor dumped the ruling All Progressives Congress, APC and joined the Peoples Democratic Party, alongside thousands of his supporters.

There are indications that the former Deputy Governor resigned his membership of the ruling All Progressives Congress APC, due to ”intra-party conflict, disunity and lack of commitment and confidence in the party stalwarts towards the success of the party for the coming general elections

Recall that the former Deputy Governor had, in 2015 dumped the Peoples Democratic Party, PDP a few months before the general election for the All Progressive Congress APC.