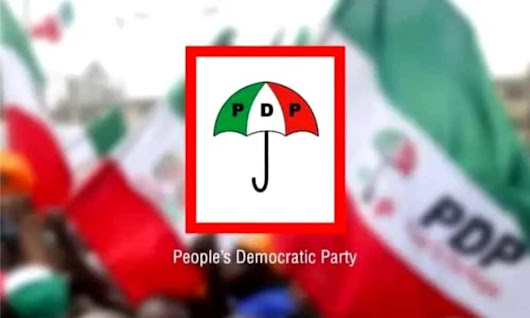 The Peoples Democratic Party (PDP) in Imo State, on Monday, said the new year celebrations offers the people of the State the long-awaited opportunity to defeat the misrule in the State and take back Imo from the hands of corrupt, selfish and clueless rulers.

The opposition party also urged Imo people to use the occasion of 2023 New Year celebrations to unite and rededicate themselves to the ideals of good governance, peace and progress for which Imo State was known before the ruinous APC government usurped the people’s mandate through the Supreme Court.

PDP made these remarks in a statement signed by its State Publicity Secretary, Collins Opurozor in Owerri, Imo State capital.

The statement reads, “2023 shall witness defeat of Hope Uzodinma’s reign of hardship. Our Party notes that looking back at the events of the past year in Imo, the people have reasons to sincerely give thanks to God for keeping them safe from the rampages and ravages of the unelected APC government of Senator Hope Uzodinma which has brought nothing but mass misery and killings of genocidal proportion to the land.

“Real incomes of Imo residents crashed completely as the regime of Senator Uzodinma denied workers their pay and stifled all sources of livelihood. Multiple taxations were imposed to further strip away the people’s purchasing power.”

PDP further said, “Mortuaries in Imo were saturated with corpses to the extent that the Federal Medical Center announced that they would no longer accept corpses for want of space.”

The party explained that “in the last three years, Imo citizens have been forced to mark New Year in gloom, pain, anguish and utter despondency following the excruciating economic hardship and awful insecurity in the State, which are directly a consequence of the incompetent and insensitive APC administration in Douglas House.

“As a resilient people, Imo PDP urges Imolites not to allow the suffering they face today to plunge them into cynicism and dampen their faith in a functional Imo State where good healthcare, sound education, adequate security, limitless economic opportunities with associated infrastructure are guaranteed.”