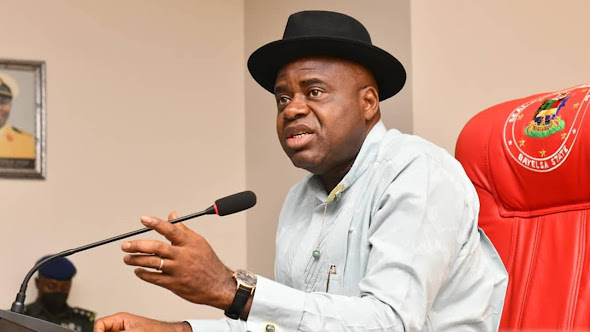 The Bayelsa State Government has put the current population of children not getting any form of education at 250,000, a situation it describes as alarming.

Governor Douye Diri said parents, traditional rulers and community leaders would have to collaborate with the government to reverse the trend.

Diri took the launch of a national campaign on out-of-school children organized by the Federal Ministry of Education to lament the situation, where he stressed that his administration will leave no stone unturned in ensuring that education is accessible to every child of school age.

He urged parents and community leaders to play active roles in encouraging their wards to enrol in schools.

A statement by Chief Press Secretary to the governor, Mr Daniel Alabrah, noted that the state government has been proactive in supporting free primary and secondary education in the state through the purchase of uniforms and other instructional materials.

Lamenting the rising case of the out-of-school population in the state despite an existing law to check the menace, he admonished the relevant ministries to ensure that the law is publicized and implemented to the letter.

Diri equally lauded the Federal Ministry of Education for initiating the campaign to boost school enrolment and bring it to Bayelsa, saying it would be of benefit to the people of the state and the Niger Delta region in general.

“This is a veritable opportunity for me to call on parents to ensure that they take advantage of the provisions of government. We have instituted free primary education. Uniforms and other instructional materials are being provided by government. So, why won’t parents send their children to school?

“As a state government, we will continue to prioritize education and have a paradigm shift that will be beyond certificates. We have introduced technical education and by our third anniversary we will commission some of the schools,” the governor stated.