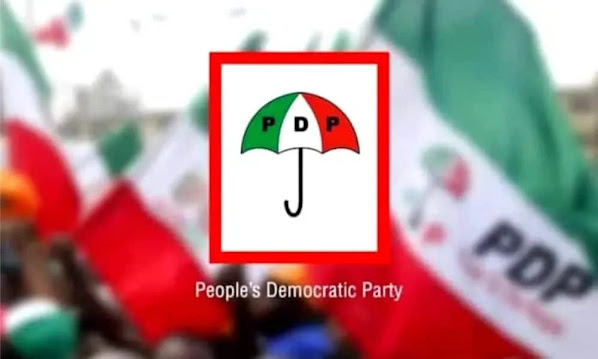 The Peoples Democratic Party in Imo State on Friday alleged that more than half of Imo territory is presently under the occupation of bandits, terrorists, kidnappers and other non-state actors who levy death upon Imo people and make life a misery.

PDP in a statement issued by its publicity secretary in the state, Collins Opurozor, said Uzodimma’s bad governance made insecurity persist in the state.

The opposition party said farmers have abandoned their farmlands and the logical outcome has been an unprecedented rise in poverty and starvation, including crime. Three years ago, Imo was the most peaceful state in Nigeria. Our State is now a killing field!

While highlighting the scorecard of Gov. Uzodinma, the PDP said it is shameful that while Imo people are slaughtered daily by terrorists, the only thing Senator Uzodinma thinks of is how to politicize the festering insecurity.

PDP said, “Imo has become a killing field within 3yrs under Uzodinma’s failed APC regime. We seized the platform to alert the Nigerian and International community of Uzodinma’s plans to unleash Ebubeagu Militia, deploy maximum violence to rig 2023 elections In Imo State”

PDP further said in the last thirty-six months, the regime of Senator Uzodinma has received from the Federation Accounts Allocation Committee (FAAC) a total of N180.6 billion meant for the Local Governments in the State. Today, nothing on the ground shows that even a Kobo has gotten to the LGAs.

According to PDP,” Senator Hope Uzodinma must, without any further delay, tell Imo people where he kept the N180.6 billion belonging to the Local Governments

“Uzodinma unrepentantly seeks to frame and destroy his perceived political foes with it. This Governor is a big threat to society and he is evidently unfit to continue in office!

“As the 2023 elections draw closer, the failed regime of Senator Uzodinma is already perfecting a wicked plot to deploy violence in order to manipulate electoral outcomes and extend its illegitimate hold onto power. Our Party has intercepted credible intelligence about the planned role which the Uzodinma-backed Ebubeagu Militia would play in this process of derailing democracy in the State.

“On Election Day, what may be witnessed is a scenario where accreditations would be allowed to take place with BVAS, and from that point, Ebubeagu Militia would take over the process to complete the actual voting and transmission. The massively-rigged February 2022 State Constituency By-election in Ngor Okpala provided the ground for the APC regime in Imo to test this crime against democracy.

“Imo PDP, therefore, demands the immediate disbandment of Ebubeagu Militia. The Inspector General of Police must rise to the occasion. Since Ebubeagu began its operations in Imo State, insecurity, killings, abductions and arson have only risen astronomically. There is no justification for the Militia to continue to exist!

“Imo people should realize that if this bestial regime in the State is allowed to set everywhere on fire and make all the parts of Imo uninhabitable, we all would become refugees in foreign lands.

” Therefore, everyone in the State must now come out, join hands and participate in the electoral process, with the clear and patriotic objective of permanently sending this unelected regime packing. This is what we owe ourselves for the sake of our collective survival. This is what we owe our generations yet unborn. The man dies in all who keep silent in the face of tyranny”