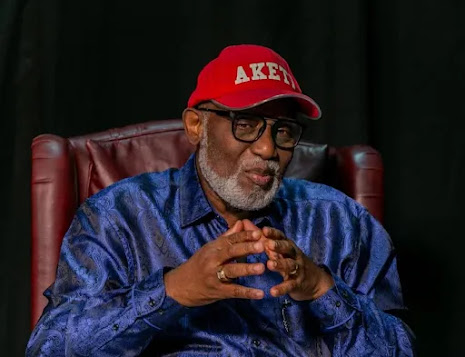 Oluwarotimi Akeredolu, the Governor of Ondo State has granted State pardons to seven convicts awaiting execution at various correctional facilities within the State.

The governor commuted the convictions of the seven prisoners who were awaiting execution from death sentences to life in prison.

Also, four inmates serving varying jail terms had their sentences reduced, while seven others were released when it was determined that they had behaved well while in incarceration

The fortunate prisoners were exhorted by Akeredolu to take advantage of the chance to turn a new leaf and to refrain from any action that would send them back to the institutions.

Charles Titiloye, the State’s Attorney General and Commissioner for Justice, disclosed in a statement that Akeredolu’s act was done in the spirit of the Yuletide.

“The Governor in exercise of power conferred on him by paragraphs (a) (c) and (d) of sub-section (1) of Section 212 of the Constitution of the Federal Republic of Nigeria (as Amended) directed the Controller of Nigerian Correctional Service in Ondo to release and set free, the said seven (7) inmates in the facilities of the Correctional Center in Ondo State.

“The decision of the Governor was pursuant to the recommendation of the State Advisory Council on prerogative of Mercy that the inmates have undergone reformation at the Correctional center and they are of good conduct,” he said.

The governor warned them to behave well and live law-abiding lives.