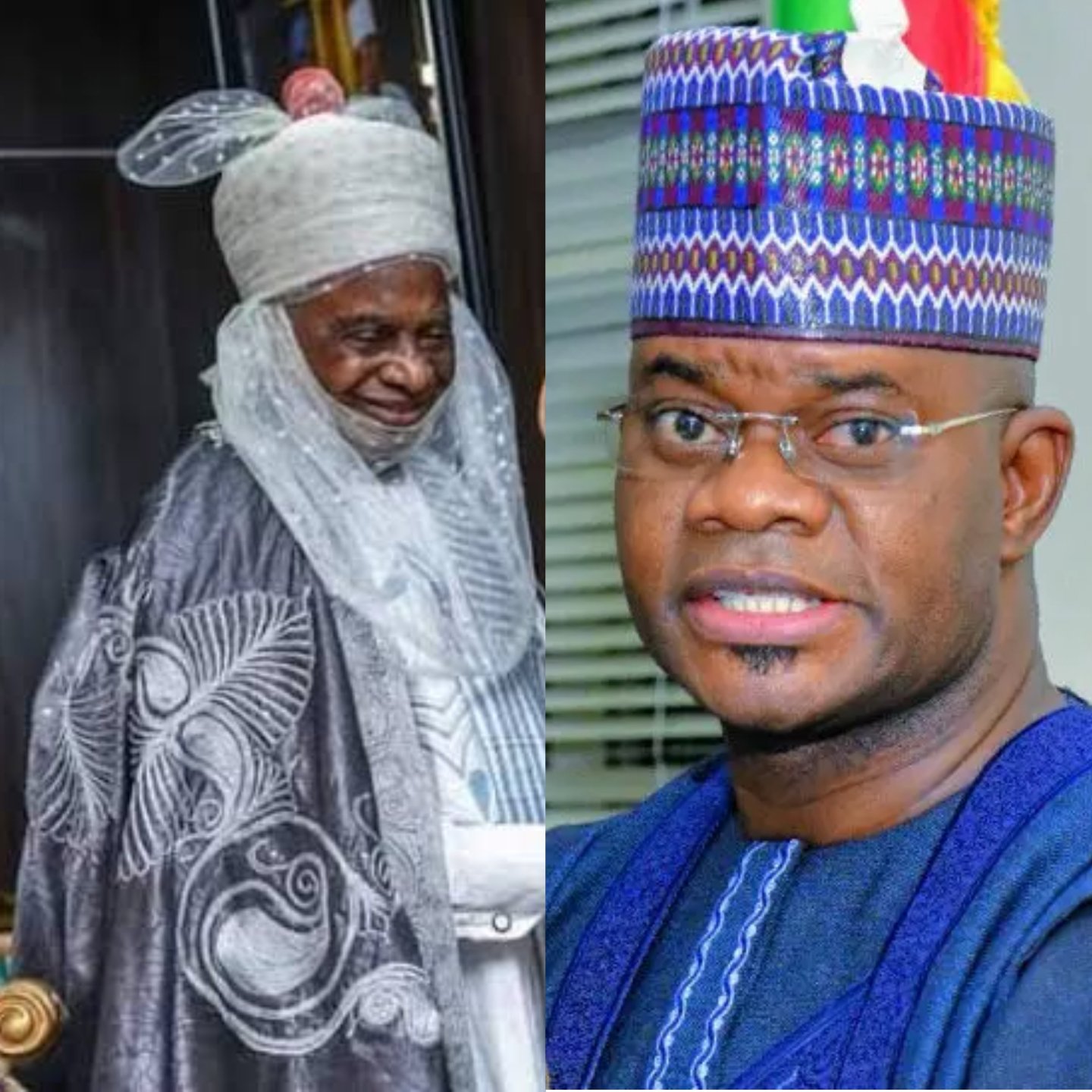 The Kogi State Government has accused the Ohinoyi of Ebira Land, HRM Ado Ibrahim of fulfilling his earlier threats of snubbing President Muhammamdu Buhari’s visit when he was in the state to commission projects.

The State Government through the Ministry of Local Government and Chieftaincy Affair had issued a query to the first class monarch, accusing him of insubordination.

Clearing the air on the issues surrounding the issuance of a query to the royal father, the Kogi State Commissioner for Local Government and Chieftaincy Affairs, Barr. Salami Momodu Ozigi in a statement on Monday, said he paid the monarch a visit in his palace to inform him of the historic presidential visit, but he, (Ohinoyi) threatened to boycott the projects commissioning.

Explaining further, he said, “I personally paid a visit to Ohinoyi of Ebiraland and I duly informed him of the programme of event.

“Although he responded negatively that he would not attend, I persuaded and entreated him to kindly attend in view of the importance of the project and especially, the personality of the president that would commission the project.

“It is now known to all sundry that he made good his negative disposition not on any account of ill health or circumstances beyond his control, but a deliberate act of disloyalty and insubordination to the President of the Federal Republic of Nigeria and the Executive Governor of the State”.

While noting that, the official visit of the president to Kogi State to commission projects was not limited to Okene alone, the Commissioner said the president, Kogi State Council of Chiefs, His Royal Majesty, Matthew Alaji Opaluwa Oguche Akpa, Attah Igala led other monarch and all 1st Class Chiefs from both East and West Senatorial Districts and from their far domains were all on ground to receive the president at the designated venue in Lokoja.

“It is on record that when President Muhammadu Buhari GCFR visited Okene in the year 1984 as a Military Head of State, it was in the same palace that he was received by the then Ohinoyi of Ebiraland, late Alh. Sanni Omolori. The palace has been remodeled and reconstructed to a magnificent edifice that every son and daughter of Ebiraland could be proud of.

“Albeit, the current Ohinoyi of Ebiraland, His Royal Majesty, Alh. Dr. Ado Ibrahim CON opted, on his own, to stay in his personal house and use it as a palace, that does not erase the fact that there is an official palace built over the years for Ohinoyi of Ebiraland. It was for this reason that when the idea to reconstruct the palace to make it befitting for the revered stool of Ohinoyi of Ebiraland was muted, he (Ohinoyi of Ebiraland) was sufficiently consulted and he gave his consent.

“The Ohinoyi of Ebiraland, whose private residence is a few meters away from the venue of the commissioning of the palace and being the principal beneficiary of the project to stay put in his house while all the Graded Chiefs within the Central Senatorial District were present in solidarity with him to honour and receive the President,” he stated.

He added that the present administration in Kogi State led Alh. Yahaya Bello is a responsive and responsible government and will not allow any person or group of persons no matter how highly placed to ridicule, humiliate and cast aspersion on or disdain the genuine intention of this administration to usher unprecedented development in the State.

“Actions that are tailored towards disloyalty, insubordination and that which tends to affect the peace, security, good image and cohesion of the State will not be treated with levity. This administration will continue to ensure that this State is governed by the rule of law, respect for authority and humanity and the guarantee of equal rights for all citizens.

“Let the general public be rest assured that the government will handle this matter with utmost objectivity devoid of any sentiment. The panel that will be set up to look into the matter will be dispassionate, diligent and rational and will ensure fairness, equity and justice.”