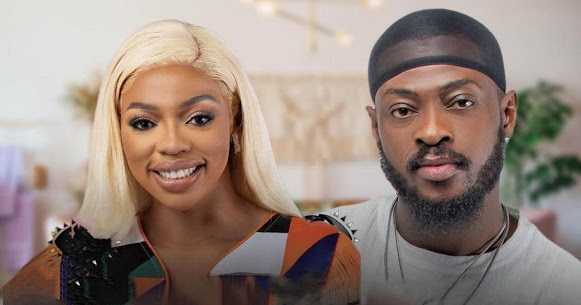 The new love interest is coming after Yemi sunk his relationship with Khosi who he had kissed and cuddled before Blue Aiva’s arrival.

The duo had decided to remain as friends as it seemed like they were too focused on each other and not mingling with other housemates.

However, less than 24 hours after Biggie introduced four new housemates on Thursday, Yemi began to show affection to the new housemate, Blue Alva.

He told her that if he emerges HoH, he would pick her as deputy because he wants to share a bed with her and keep her to himself.

While in bed on Saturday night the duo shared their first kiss together which caused a stir on Twitter.

Some viewers accused Yemi of playing a game with Blue Aiva and Khosi.