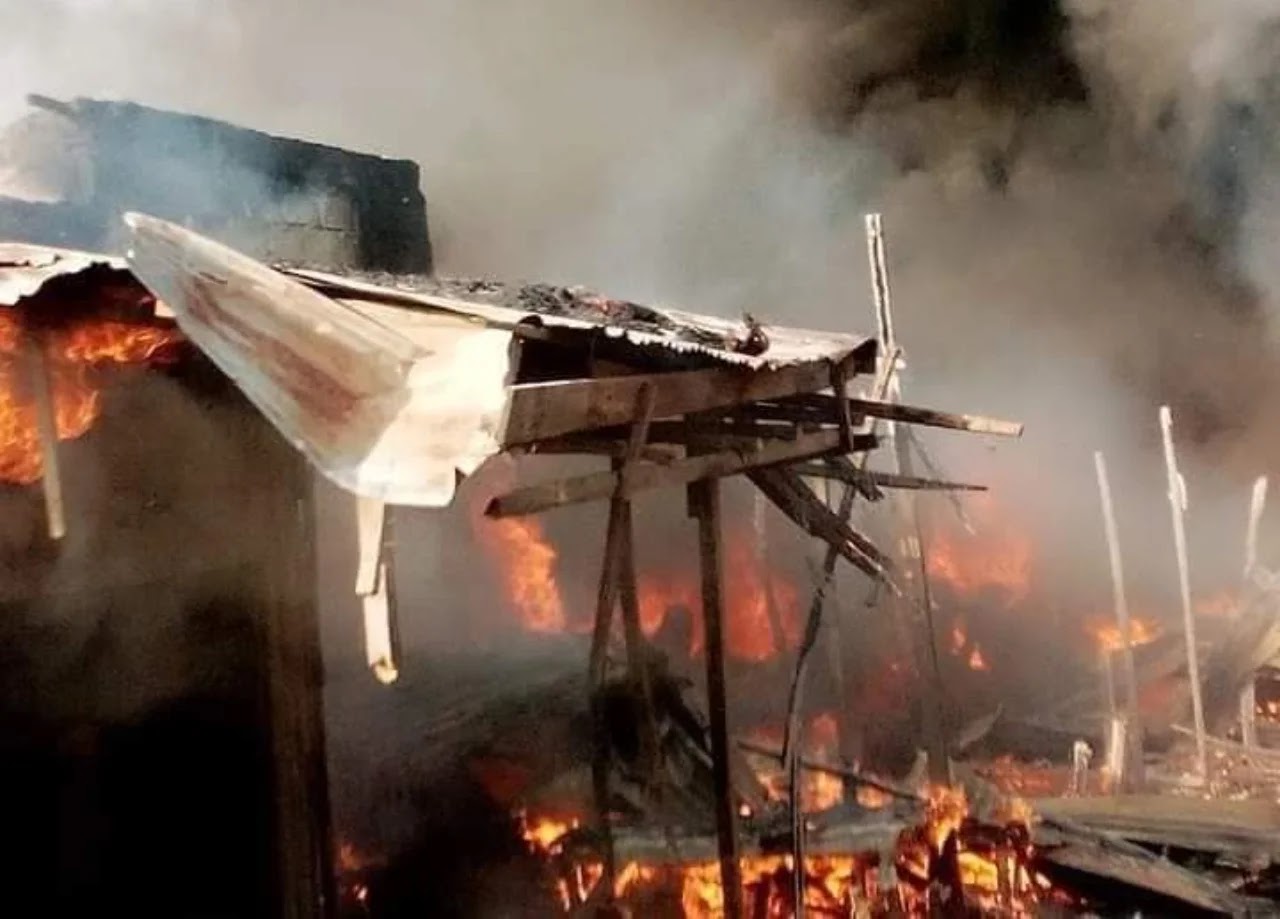 Araromi spare parts market in Ibadan, the Oyo State capital was in the early hours of Saturday gutted by fire.

Saga Gist reports that the market is one of the major markets in Ibadan, the Oyo State capital.

It was gathered that the fire incident, which started around 2 a.m. affected about forty five (45) shops.

General Manager of the State Fire Service, Rev. Canon Yemi Akinyinka, while speaking on Saturday, said that men of the command were able to quench the fire around 5 a.m. on Saturday.

Akinyinka said, “Our men are at Araromi Market Agodi Gate since 2:30 a.m. where they are putting of the fire caused by indiscriminate refuse burning.

“The fire was suppressed at 5:00 a.m. Cooling down operation is ongoing to suppress reignition. On my way for on-the-spot assessment.

“I cannot say specifically the number of shops now, you know it is an emergency. It started in the night. About 45 shops”.

Saga Gist reports that the incident is coming a few weeks after a tanker lost control and burst into flames in Ibadan.