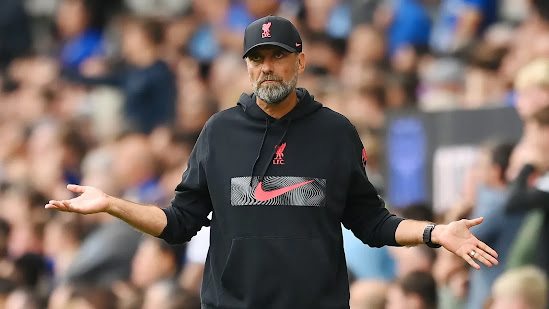 Liverpool boss, Jurgen Klopp, has admitted that his team has an ‘insanely difficult’ task on their hands to finish in the Premier League top four and qualify for next season’s UEFA Champions League.

Klopp watched as Liverpool lost 3-1 against Brentford in a Premier League tie this week.

Klopp’s side has become used to challenging for the Premier League title in recent seasons but is well off the pace this term.

They suffered their fifth league defeat of the season against Brentford on Monday and are currently seven points adrift of fourth-placed Manchester United.

Speaking to Bild, Klopp conceded that the Reds have their work cut out to get back into the UEFA Champions League spot.

“Reaching the Champions League is, of course, extremely important for us. That is insanely difficult,” Klopp said.

“People are a bit spoiled there because we have mostly made it early in recent years. If it works out this year, it will be a late decision. It may take a while for us to catch up. But we know what we have to do.”