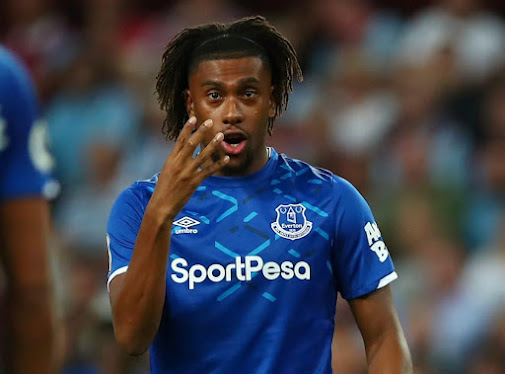 Everton midfielder, Alex Iwobi will be back in Premier League action in two weeks, according to reports.

Iwobi was badly brought down by Tyrell Malacia in Everton’s Emirates FA Cup 3-1 defeat to Manchester United at the Old Trafford on Friday night.

There were fears the Nigeria international could be set for a lengthy spell on the sidelines as he was in tears after the incident.

But according to reports, the results of the scan showed things are not as bad as previously thought.

Meanwhile, Iwobi has expressed his appreciation to his fans for their support and also hinted he will be back in action soon.

“Appreciate The Love, Back Soon,” Iwobi wrote on his Twitter handle.

The 26-year-old has played every minute of Everton’s 18 Premier League games this season.