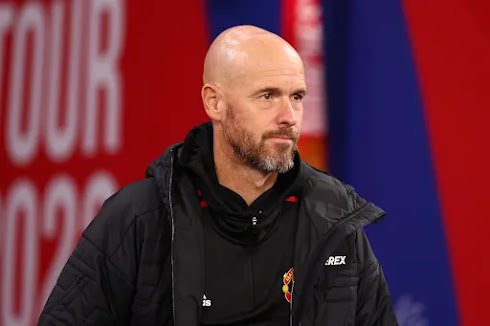 Ten Hag was a defender during his playing days as a professional footballer.

The Dutchman spent three different spells at FC Twente, where he began and ended his senior professional playing career.

When asked to mention his coaching inspirations, Ten Hag told Manchester United’s official on Tuesday: “The best one, the famous one, was the manager of FC Twente, Kees Rijvers.”

He added, “He was my coach at FC Twente, and I learnt a lot about him, about organisation in football, about his philosophy, about playing from the back, attacking football and about team spirit.”

“But also other managers inspired me, definitely, like Louis van Gaal, Rinus Michels and Johan Cruyff, they’re the big inspirers.”