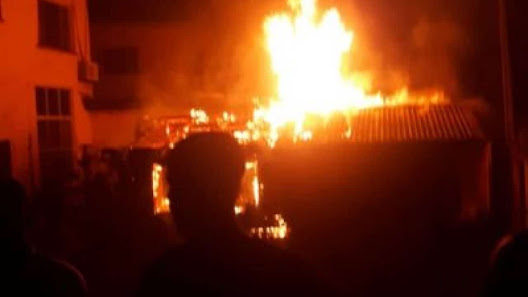 St. Peter Minor Seminary, located along the Kaduna-Abuja Expressway in Katari village, Kaduna State, has been razed by fire.

Rev. Fr. Christian Okewu Emmanuel, the Vice Chancellor, Catholic Archdiocese of Kaduna, made the disclosure in a statement.

According to the statement, “This is to inform the general public that St Peter Minor Seminary, Kateri, situated along Kaduna-Abuja Road, was gutted by fire today, 10th January, 2023.”

The statement explained that the fire outbreak razed down two dormitories, dinning hall, kitchen and laboratory of the seminary.

The statement also explained that further information on the incident would be communicated in due course.

It said that the cause of the fire as of the time of the press release had not been ascertained.