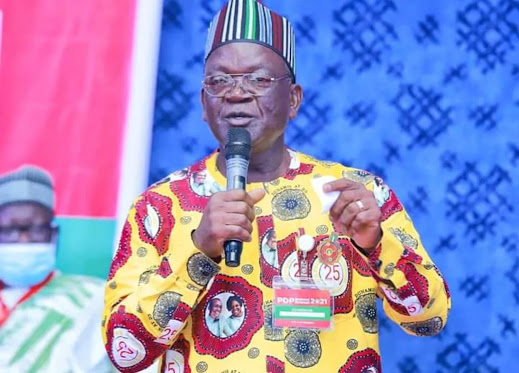 Benue State Governor Samuel Ortom says the G5 governors are committed members of the Peoples Democratic Party, PDP, and are working round the clock to ensure that the party wins all elections in their respective states.

The governor stressed that the problem of the PDP at the national level was prolonged as a result of the failure of the leadership of the party to deploy its internal conflict resolution mechanisms to settle issues that arose after the national convention.

Governor Ortom was full of praises for the commitment to the development of Oyo State by Governor Makinde and expressed optimism that the people of the state would return him for a second term.

He thanked the people of Oyo State for their support to the PDP and Governor Makinde, pointing out that their massive turnout at the campaign flag-off was an indication that the election in March this year is a done deal for the party.