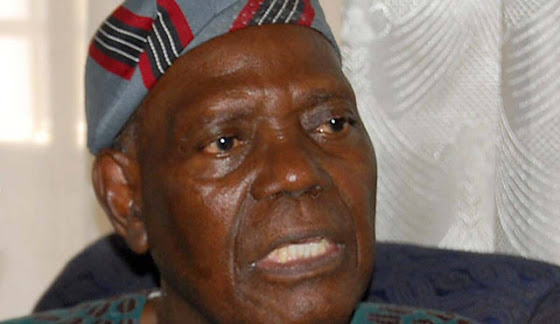 Governor Ademola Adeleke of Osun State has described Bisi Akande as a practical demonstration of patriotism and dedication to public service.

Adeleke’s description is contained in a congratulatory message to mark the 84th birthday of Akande.

In a personally signed message, Adeleke eulogized the elder statesman remarking that the birthday was a moment to thank him for his contributions to the social and economic development of Osun State.

He lauded Akande for his legacy of politics without bitterness which he sustained and added that the elder statesman remains one of the few politicians in the country who inspired young people to an undiluted commitment to service.

“Today, I celebrate a politician of note, Chief Bisi Kareem Akande, as he turns 84 years on earth. Baba Akande, as fondly referred to in political circles, is an admirable figure, and his disposition to young people, especially in the quality of advice, is a treasure that is hard to wish away,” the governor noted in his congratulatory note.

“As he marks a new age, I convey the heartfelt wishes of the good people of Osun State, and thank him for his contributions to the state as a governor and as a politician who made a lot of difference.”

Meanwhile, the Speaker, Osun State House of Assembly, Timothy Owoeye has described Bisi Akande, the former Osun governor and former interim National Chairman of the All Progressives Congress, APC, as an exemplary leader whose courage in public service has helped Nigeria.

In a statement signed by his spokesperson, Kunle Alabi, Owoeye said Akande’s tenure as governor in the state was remarkable, with his selfless service to the people and transparency in governance.

Owoeye said Nigeria’s political history would be incomplete without adequate mention of the eminent roles played by Akande.

The Speaker, while praying for a longer life for the elder statesman, said his experience is still much required for the task of building a virile Nigeria envisioned by the founding fathers.