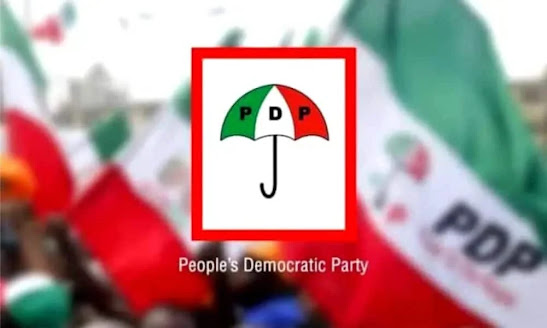 The Peoples Democratic Party (PDP) Imo State on Saturday expressed deep shock over the cancellation of the Imo West (Orlu Zone) Senatorial Primary Election of the party by the Supreme Court, yesterday, January 13, 2023.

The opposition party said the verdict of the apex court, which, is in line with the provisions of Section 87(9) of the Electoral Act, was premised on issues of venue of the Primary Election, clearly did not factor the realities in Imo State, particularly Orlu Zone, that warranted the Senatorial Primary Election for the Zone to be held in Owerri.

Recall that Saga Gist had earlier reported that the Apex Court nullified the primary election on the ground that it was conducted in Owerri, the Imo State capital, instead of Orlu being the senatorial headquarters of Imo West.

Saga Gist reports that Apex Court held that by the judgment, PDP would not participate in the next month’s senatorial election, having failed to produce its candidate within the time allowed by law.

The opposition party in a statement signed by the publicity Secretary Imo PDP ,Collins Opurozor said the hydra-headed monster of insecurity in Orlu which has brought open political activities to a halt in the area is already a known fact.

The statement reads, “It was on the basis of this insecurity that the party wrote INEC and sought approval for the primaries in Imo and Anambra States to be held at the relatively peaceful capital cities. This request was granted by INEC and formally conveyed to the Party through a letter. It is, therefore, shocking that the Supreme Court ignored this letter and proceeded to deliver judgment against our Party.

“Further, the apex court had earlier given judgements on this matter in similar suits, where it set a precedent and established the validity of primaries held outside of the respective constituencies as a result of insecurity. Why that of Orlu has become different is what nobody can explain.

“On the strength of the above, Imo PDP shall consult with its team of legal experts and consider the option of seeking a review of the judgement at the Supreme Court, so as to quickly return the Party to the ballot for the 2023 Senatorial Election in Orlu Zone.

“Furthermore, our Party calls on our members, our teeming supporters in Orlu Zone and, indeed, the general public to discountenance the rumours that this judgement would in any way affect our other candidates across Orlu Zone.

“Also, PDP members and supporters in Orlu Zone are enjoined to remain calm and steadfast as the Party resolves the issue, being assured that our Party will certainly be on the ballot for the 2023 Orlu Senatorial Election.”