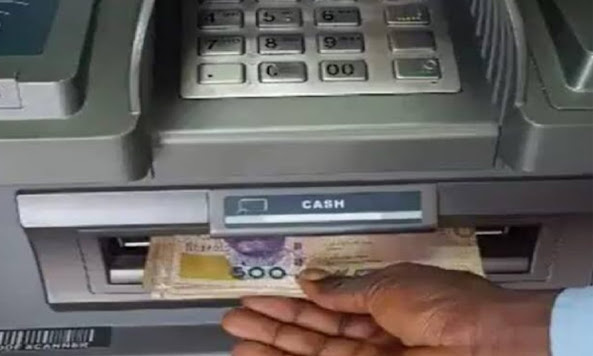 Some commercial banks in Abeokuta, the Ogun State capital, appear to have disobeyed the Central Bank of Nigeria (CBN) as they loaded their Automated Teller Machines (ATM) with old Naira notes.

Saga Gist recalls that the CBN had earlier directed that from January 9, ATMs should start dispensing the new N200 notes as the highest denomination.

But, checks by our correspondent confirmed that almost all the ATMs in the Ogun State capital were still dispensing the old N1000 and N500 notes as of 10pm on January 10.

Our correspondent, who went round the town, observed that the new N200 notes were not in circulation in Ogun.

“On Friday, few banks in Abeokuta dispensed the new N200 notes and the N1000 notes, but since Monday, those banks have returned to the old N1000 notes,” Ola Badmos told our correspondent.

Sources within the banks said anonymously that the new Naira notes are not available in banks, wondering where the banks would have enough to load in their ATMs.

“Banks cannot hoard the new notes. If it is available, you will surely see it in the ATM and at the payment counters. But banks have very limited supplies, so what do you want them to do? Should they have left the ATMs empty?” a bank worker queried.

Meanwhile, the CBN on Monday asked commercial banks to stop loading their ATMs with the old notes, to ensure that the redesigned naira notes are made available at all times.

The Apex bank also threatened to sanction banks if they fail to abide by the directive.

During a stakeholder sensitisation exercise on the currency redesign in Lagos, the CBN Lagos Branch Controller, Godfrey Bariboloka Koyor, assured that there are enough of the new notes to go round.