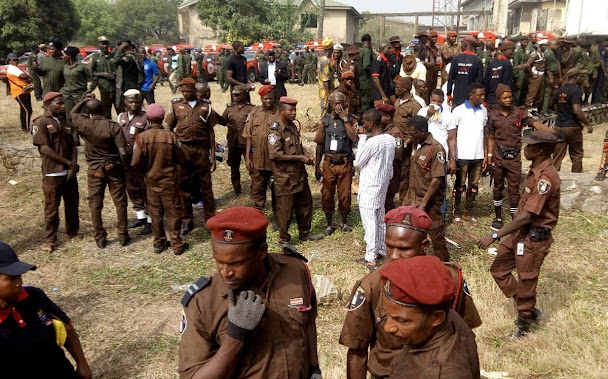 The Amotekun in Osun State has commenced a search for Oluwatoyin Gbemisola Ojo, a 51-year-old resident of Osogbo who was reportedly kidnapped.

Ojo according to information made available by Amitolu Shittu, the Osun Amotekun Field Commander was abducted from her home on Friday, January 13, 2023.

The victim was kidnapped around 10:30pm at her Landero Street, Technical College area, Osogbo residence.

According to Shittu, “We received a distress call at around 1:15 am midnight on Saturday from the victim’s husband Mr. Ojo Oluwasanmi Festus a staff of NNPC Warri Depot on the disappearance of her wife.

“Amotekun operatives have swung into action immediately, in search of the victim.”

The Field Commander assured residents of the state that the kidnapped victim would be recovered and the masterminds behind the act brought to book.

“We will not retreat in our search of the victim until she’s found and the perpetrators apprehended and brought to book.”

He also assured that operatives of the security outfit have intensified efforts in ensuring the rescue of Ojo.