Oyetola, Owoeye did not brake any law for wishing their party well – Osun APC to PDP 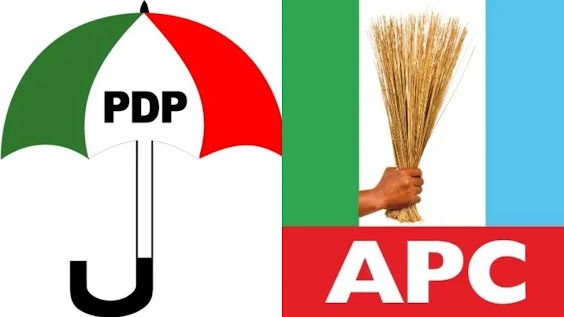 The All Progressives Congress (APC) in Osun State has lashed out at the leadership of the state chapter of the Peoples Democratic Party (PDP) over the alleged maligning of the Speaker of the Osun State House of Assembly, Timothy Owoeye.

Saga Gist had earlier reported that Owoeye had declared that former governor Adegboyega Oyetola would return to power before July 5, 2023.

Owoeye made this declaration at the inauguration of the Bola Ahmed Tinubu/Kashim Shettima APC Presidential Campaign Committee in Osogbo on Thursday.

In a reaction, the Osun PDP in a statement signed by its state caretaker chairman, Akindele Adekunle and Sunday Bisi, the Director General of the Atiku/Okowa PDP presidential campaign council, described both Adegboyega Oyetola and Timothy Owoeye as hallucinators.

They also alleged that Owoeye was being statesmanly for making such a declaration.

In a statement by Tajudeen Lawal, the Osun APC Acting Chairman on Friday, the party described the Osun Governor, Ademola Adeleke as one occupying a temporary office.

In his observation, Lawal said it was worrisome that both Bisi and Adekunle succeeded in exhibiting crass ignorance of democratic norms.

“The decision of Owoeye to wish his party and its candidate well in their struggle at the election tribunal does not run riot with the laws of the land.

“The earlier the grotesque leaders of the Osun PDP learn to appreciate the difference between Owoeye, as the Speaker of the House, and Owoeye as a principal member of the APC, the better for them.

“The PDP’s vituperations over nothing are daily becoming alarming, irritating and disheartening. The repulsive attitude should be a source of concern for the discerning minds in the society.”

The party which maintained that the Osun PDP cannot suppress Owoeye’s freedom of expression due to his party alliances alleged that overtures had been made by the new government to procure his loyalty.

Tajudeen also called on Adeleke to stop heating up the polity and contend himself with plans on how to navigate the huge administrative challenges before him and his party.