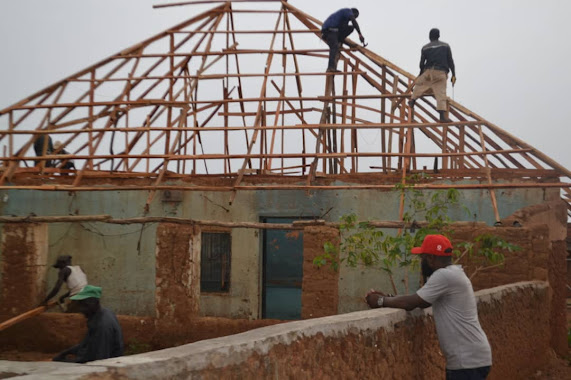 For over five years now, many communities in Plateau State, especially in the Northern Senatorial Zone, have grappled with heightened insecurity, which has claimed several lives, with properties and farmlands destroyed.

Jebbu Miango is one of the communities in Irigwe Chiefdom of Bassa Local Government Area of the State that have come under series of attacks in recent times.

The community is approximately 20 kilometres from Jos, the State capital.

It has over 20,000 people who are largely Irigwe native.

While the entire Irigwe Chiefdom had since 2016 been bedevilled by a myriad of insecurity, Jebbu Miango was worst hit late last year.

During the attack, over 70 inhabitants were killed, 1,800 houses, hectares of farmlands destroyed, and thousands rendered homeless.

In any crisis situation, aside food, shelter remains cardinal towards the wellbeing of the people, but most residents of Jebbu Miango have become Internally Displaced Persons (IDPs) in their land. 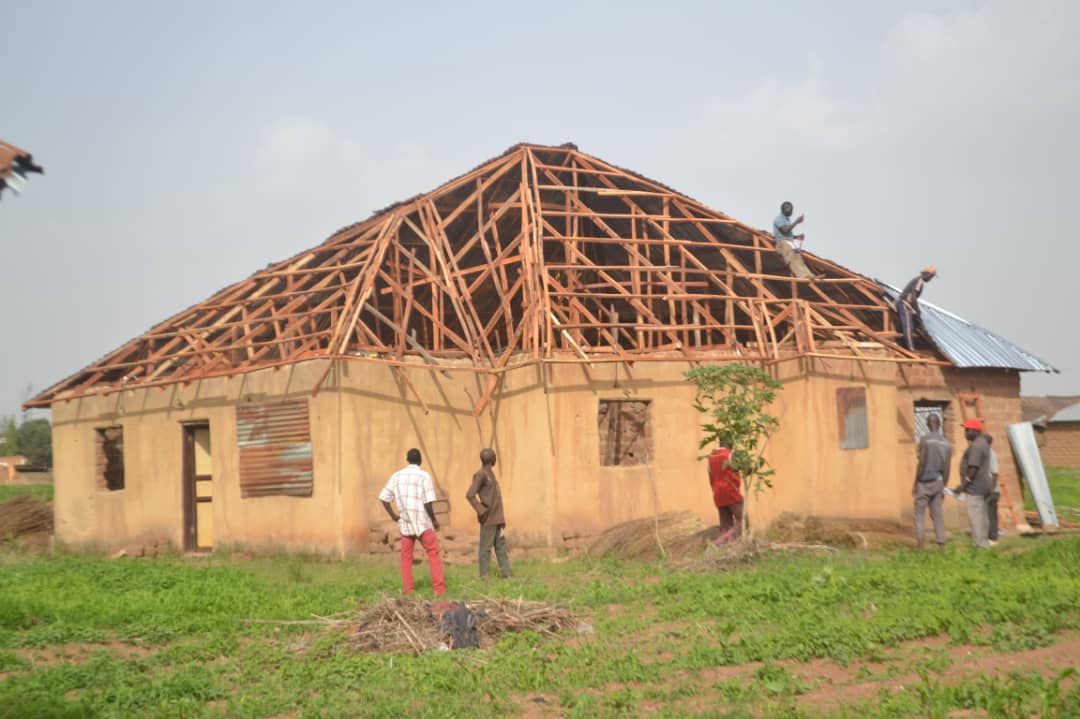 Speaking to newsmen, Awiki Musa, a victim of some of the attacks, said life had been hellish for the natives.

The widow, who lost her husband to one of the attacks, said succour had only come to them through a humanitarian organisation.

She said, “Honestly we appreciate this organisation for coming to our aid. Since this attack, I have been squatting with some relatives in Jos, and I have four children.

“It has not been easy, we sleep in one room with my four children, sadly, my husband was killed in the attack, but we give God the glory that at least we have returned home now, and hope to start life from the scratch”, she explained.

Also speaking, Auta Danjuma, a father of five who lost his wife, property and farm during the attacks, commended the humanitarian organisation for reaching out to them.

“We thank God for this Catholic organisation and their partners, only God can reward them for what they have done.

“We pray we don’t experience this kind of horrific incident again; but whoever attacked us, I have forgiven them; because God asked us to forgive”, he explained.

Enquiries showed that worried by the predicament of the survivors, the Justice Development and Peace Commission (JDPC) of the Catholic Archdiocese of Jos, had rehabilitated 52 houses belonging to the victims.

Mr Felix Dimka, the Project Officer, Emergency Preparedness and Response Team (EPRT) of JDPC, disclosed that the projects were supported by Menonite Central Committee (MCC) and Mission 21, both international organisations.

He explained that the gesture is to cushion the hardships of the beneficiaries whose houses were destroyed during the recent attacks in the community.

”The story of the recent attacks in Jebbu Miango community is not new; many lost their homes, farmlands and means of livelihood.

”To cushion the hardship, MCC provided us with funds and we rehabilitated 41 houses of the victims, ranging between one to five bedrooms apartments.

”Also, mission 21, another organisation, provided us with funds and we rehabilitated the houses of eleven most vulnerable among the victims.

”This gesture is basically to enable the victims, particularly the poorest of the poor among them, to have roofs over their heads because apart from food, shelter is key to human existence,” he said.

He explained that the rehabilitation work done in the houses included roofing, plastering, flooring, fixing of new doors, windows, ceiling, among others.

Dimka added that his organisation had also responded to the humanitarian crisis in the affected communities.

”We have supported the victims with foodstuff, clothing, toiletries and other necessary items not only in Jebbu Miango, but other affected communities in the locality as well.

”We did all of these in a bid to ensure that the victims get the needed support to pull through their current predicaments,” he added.

Dimka also explained that his organisation had empowered 50 vulnerable women in the community.

”Also, we have grouped the farmers into 10 clusters and supported them with pumping machines and its accessories, fertiliser, different kinds of seeds, among other farming tools, so as to boost agricultural activities,” he added.

Mr Mathew Tangbuin, the Country Director of MCC in Nigeria, who said his organisation was formed in 1920 in Europe by Menonite Church to support the poor and less privileged ones, said that it had been providing support to local organisations in Nigeria in the areas of peace building, health, agriculture, trauma healing, water, sanitation, among others.

Tangbuin said that his organisation supported the rehabilitation of houses in Jebbu Miango owing to the devastating nature of the recent attacks in the community where thousands lost their homes.

”We don’t work in the fields, so when JDPC came with the report of the assessment it conducted in the community, we saw the need to provide this support.

”Because we don’t have the funds to rehabilitate all the houses razed down, we decided in conjunction with stakeholders in the community to select the poorest of the poor among them as beneficiaries.

”Also, we supported others with cash and agricultural tools, so that they can use the proceeds of their businesses and farming activities to rehabilitate their houses and bounce back economically.

”We are working in the name of Christ and our aim is to reduce poverty in communities, our support is for everybody that is in need devoid of religious, tribal or political affiliations,” he said.

Tangbuin said that with available funds, it would support JDPC to rehabilitate more houses for the victims, lamenting that many of the victims were still displaced.

He, however, said that achieving lasting peace in the community remained a major concern to his organisation.

Meanwhile, the survivors say they were still looking forward to more support from the government and other agencies towards re-establishing them in their communities.