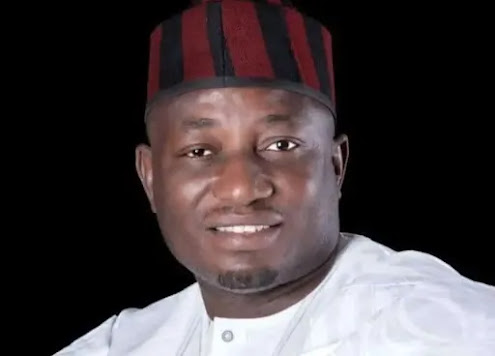 The member representing Ado/Ogbadibo/Okpokwu Federal Constituency of Benue State, Francis Ottah Agbo, has advised the sacked candidate of the People’s Democratic Party (PDP) for the constituency seat, Aida Nath Ogwuche, to stop misleading Nigerians with media propaganda and blackmail over the recent judgment of the Court of Appeal.

Agbo also cautioned Ogwuche to stop parading herself as the PDP candidate for the Federal Constituency, otherwise known as Enone, as doing so would amount to contempt of the Court of Appeal where the three-man panel of Justices of great repute sat and delivered a unanimous verdict which interpreted the law and gave justice to the question of who the authentic Enone PDP candidate is.

Recall that the Supreme Court had recently sacked Ogwuche and replaced her with Agbo.

Also, the Abuja division of the Court of Appeal had last Thursday, in a unanimous judgment delivered by a three-man panel, invalidated the nomination of Ogwuche as the PDP candidate for Enone House of Representatives and ordered that a fresh Certificate of Return be issued to Agbo, who came second at the May 23rd, 2022 PDP’s primary election, as the duly nominated candidate of the party.

Citing section 66(1)(f) of the 1999 Constitution copiously, as amended, the Electoral Act 2022 as amended and authorities of both the Appeal Court and the Supreme Court of Nigeria, the three-man panel faulted Ogwuche for not resigning her appointment with Federal Inland Revenue Service (FIRS) as a Civil Servant and concurrently as Principal Special Assistant to Benue State Governor, at least 30 days before the primary elections.

But in a dramatic twist, Ogwuche took to the pages of newspapers and radio stations on Saturday, boasting that she had filed a Notice of Appeal at the Supreme Court and Stay of Execution of the appellate court’s judgment 24 hours after the delivery of the verdict; stressing that she remained the valid candidate of the party as “status quo” would be maintained.

The sacked PDP candidate also boasted that the Supreme Court would overturn the judgment of the Court of Appeal in no time.

A statement signed on Monday by Adole Godwin Eche, Legal Adviser to Ottah Agbo Campaign Organization enjoined the people of the constituency to disregard the media propaganda and join hands with the incumbent parliamentarian.

While stressing that his opponents are desperate and would stop at nothing to deceive the public, Agbo urged the people of Enone to discard Ogwuche’s blackmail as a ranting of an ant.

The statement also wondered why Ogwuche would claim that her lawyers have filed a Stay of Execution at the Court of Appeal and a substantive appeal at the Supreme Court a day after the delivery of judgment in the two courts when in actual fact, all parties to the matter are yet to obtain the Certified True Copy (CTC) of the substantive judgment as at the time they went haywire on their blackmail.

The statement read in part, “There is equally nowhere in the world, including in the most rotten systems, that an Appeal or Stay of Execution would be filed without the CTC.

“And assuming without conceding that her lawyers have obtained the judgment or CTC in 24 hours after the judgment, which is Friday, could they have obtained the Appeal Court’s record the same Friday, filed the Appeal and Stay of Execution same Friday as well? Not possible. Yet Barr. Aida Ogwuche is busy sponsoring a campaign of calumny against the performing Rep Member, as well as deceiving the public that her lawyers have successfully filed an appeal and Stay of Execution. The big questions begging for answers are; when were the papers filed? Which court was it filed on, Saturday or Sunday and can they show us evidence of filing? Until answers to these questions are supplied, the people of Ado, Okpokwu, and Ogbadibo Federal Constituency should discard their propaganda as the ranting of an ant! They are drowning.”

“We, therefore, call on our teeming supporters, members of the People’s Democratic Party and the good people of Ado/Okpokwu/Ogbadibo Federal Constituency, Benue State, to remain calm and disregard the malicious news been spread by these desperate and anti-democratic merchants to no avail, discredit Dr. Ottah Agbo who is a prized asset of PDP and humanity.

“We also want to state categorically that our candidate, Hon. Ottah Agbo remains the legitimate and stainless Candidate of PDP for the Ado/Okpokwu/Ogbadibo Federal Constituency on February 25, 2023, Presidential and National Assembly Elections, pursuant to the judgment of the Court of Appeal that sacked the blackmailer.”