Tinubu will not betray Northerners, he is fit to rule – Gov Badaru 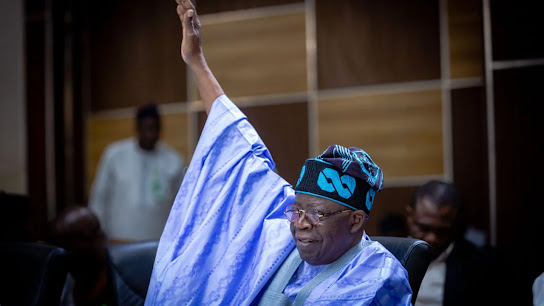 The Jigawa State Governor, Muhammadu Badaru Abubakar, has refuted insinuations that the APC Presidential candidate, Ahmad Bola Tinubu would be a Southern President if wins the elections.

He claimed that the presidential candidate’s antecedents indicate he is not a betrayer.

Abubakar who spoke in Kano during an APC Presidential Candidate meeting with the Muslim Ullama’s from Northwestern Nigeria, Tuesday, said, all Bola antecedents, clearly vindicate him as a non-ethnic and religious bigot”.

The Jigawa State Governor added that everything Bola Tinubu has done in his presidential aspiration, he has done with the full participation of himself, Ganduje and Nuhu Ribadu, people who are known for their nationalistic outlook.

Muhammadu Badaru who went down memory lane on how he was compelled by the Ullamas to drop his presidential ambition for a Southern President, said the choice of Bola Tinubu was done with every stakeholder in the Nigerian project.

“Talking about his mental health and his fitness, our recent visits to Mecca on Ummara where Tinubu walked miles without joining a car and his performance of Rituals of Tawaf and Saai shows that he is not only healthy but mentally alert on issues”.

“Nigerians should know that the era of using sentiment, ethnic, and religious bigotry is over, all the talks and baseless allegations against Bola Tinubu were mischievous creations by those who can not win elections using basic democratic tenets to bring down the popularity of the APC candidate”.