‘You are frustrated’ – Presidency blasts Obasanjo over endorsement of Peter Obi 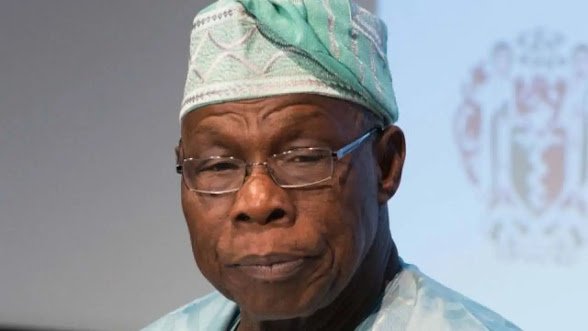 The New Year’s day endorsement of Peter Obi, the candidate of the Labour Party for the 2023 presidential polls appears to have ignited more fireworks in the Nigerian polity as the Presidency has reacted to the latest development.

In criticising Obasanjo, Garba Shehu, Senior Special Assistant on Media and Publicity to the President, took to a lengthy statement on Monday in reply to the ex-President, saying he would naturally stop at nothing to attack the person of Buhari because of his track records.

According to the Presidential spokesman, Obasanjo is famed for being jealous, hence attacks anyone who beats him to a new record in the nation’s development process.

Saga Gist had reported how Obasanjo took to his new year message to Nigerians, especially youths to endorse the candidature of Obi, a development that elicited diverse reactions from most of the political gladiators, including the candidates of APC and PDP, Bola Ahmed Tinubu and Atiku Abubakar respectively.

Shehu said President Buhari stands miles ahead of Chief Obasanjo in all fields of national development a feat regarded as cardinal sin to Obasanjo whose hallucinations tell him that he is the best ever to lead Nigeria and there will never be another one better than him.

Shehu also reminded pundits that President Buhari just completed the world class edifice that is the Second Niger Bridge after three decades of failed promises. It is now awaiting commissioning.

He said Obasanjo laid the sod for the bridge in his first term as elected President but failed to complete the work.

Also taking a swipe at the former President, Shehu noted that when he( Obasanjo) sought reelection for his second term in office, he returned to the site to turn the sod for the bridge the second time.

“When the Obi of Onitsha, boldly reminded him that he had done this in the past, Obasanjo told the foremost Southeast traditional ruler that he was a liar, in the full presence of the Chiefs and Oracles in his palace,” the presidential spokesman stated.

He accused Obasanjo of lying to the Southeast to get their votes, stressing that the incumbent President, Buhari lost their votes but mustered the courage to build the bridge because he believed it is the right thing to do.

While promoting his principal, Shehu said Buhari had in recent times been bagging awards for trying to do that which the Constitution of the Federal Republic of Nigeria spells out for a leader, serve one, or a maximum of two terms and go.

He said Buhari has been emphasising that he will supervise a better election than the one that brought him to office and to leave as and when due.

Having tried tenure elongation and failed, Obasanjo’s fictitious mind must be telling him that he is the one under attack.

“Obasanjo is not on President Buhari’s radar because experience has shown, especially lately in West Africa where there have been at least three successful coups and many other failed attempts, that third term or tenure elongation is a recipe for political instability,” the presidency noted.