A socio-cultural organization in Abia North Senatorial District of Abia State, Ngwa Patriots Forum, NPF, has made a case for the Aba zon... 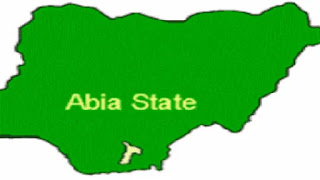 A socio-cultural organization in Abia North Senatorial District of Abia State, Ngwa Patriots Forum, NPF, has made a case for the Aba zone in its bid to produce the next Governor of the State in 2023.
The group hinted its demand on the subsisting Charter of Equity, which encouraged rotation of the governorship seat of Abia State among the two political blocs of the State, namely Old-Bende and Ukwa/Ngwa.
NPF, in a press release signed by its President, Uzo Ihuka and General Secretary, Chibuike Onyendilefu and made available to newsmen, in Umuahia on Thursday, said the Old Bende extraction’s long-standing ties with Ndi Ukwa bloc will continue to be encouraged and sustained.
The group harped on issues of mutual benefit as an utmost consideration for the growth of Abia.
The Abia group restated that Ngwa(Aba) division would continue to sustain the existing bridges of peace and healthy collaboration with Old Bende extraction to further broaden the existing frontiers of progress and harmony in Abia State.
The Ngwa Patriots Forum, NPF, further used the medium to charge the people of the State to remain resolute and indivisible on issues of common interest.
According to the press release which partly stated, “in deference to the subsisting Charter of Equity, it is only fair that the Old Aba Zone should be supported to produce the next Governor of Abia State in 2023. This is also with regard to the fact that our brothers from Old Bende enjoyed 16 uninterrupted years on the seat.
“We appreciate the harmonious relationship and sustained synergy, with the Umuahia / Ikwuano Federal Constituency, hence we resolve to consolidate that trend. Ndi Ngwa should going forward, make deliberate efforts to extricate herself from undue stranglehold, from extraneous forces, by reclaiming her pride of place in the leadership of her key socio-economic heritage as a precursor to future political and economic consolidation”.