The leadership of the Bayelsa State chapter of the Medical & Health Workers Union of Nigeria, MHWUN, has accused the Federal Governm... 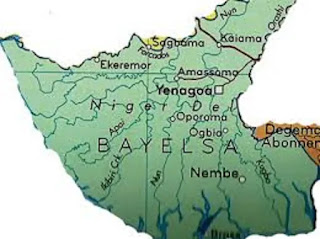 The leadership of the Bayelsa State chapter of the Medical & Health Workers Union of Nigeria, MHWUN, has accused the Federal Government and the Bayelsa State government of maltreating healthcare workers.
They said, despite the public appreciation during the peak of COVID-19 pandemic, some health workers are still being treated unfairly when it comes to payment of allowances.
The state Chairman, Comrade Barnabas Sermon on Monday in Yenagoa, stated that the federal government had signed an MOU with their parent body but it was never honoured.
Sermon, who threatened that they will soon down tool, further said, the doctors represent 20 percent of all essential health workers, while others have the larger percentage that covers not only health facilities but also government health institutions, so they should be given same priority.
Government should support health care providers indiscriminately because they deserve more.
On issues bordering on unpaid salaries of about fifteen months to local government workers across the state, he frowned at the attitude of the state government, describing it as quite annoying and unfortunate.
He said, “Fifteen months of unpaid salaries to workers across eight LGA. These people take risk as essential service provider, and they should be motivated and encouraged. What is due to them should be given to them”
”We are trained personnel and should be treated as such. It’s unfair to owe workers, and the failure to respond really annoys us. We have exhausted all the key methods of negotiation and the only one left is the strike. We need to have a way to drive home our demands.”