In view of the insecurity bedevelling the north, the Federal Government has been told to urgently increase the revenue allocations to th... 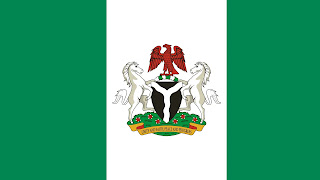 In view of the insecurity bedevelling the north, the Federal Government has been told to urgently increase the revenue allocations to the Northeast geopolitical zone.
The interim chairman of the Coalition of Northeastern Patriots (CONEP), Alhaji Suleiman S.K. Bauchi, made the call yesterday at the group’s meeting held at the Command’s Guest House, Bauchi.
The chairman lamented that apart from insecurity, the North-east zone has the highest rate of youth unemployment in Nigeria today.
He added that left with nothing to do, the youth of the zone are susceptible to being recruited by violent groups thus compounding the insecurity in the zone.
“Despite the fact that the governors in the zone are desperate and willing to employ more youths into the public service, it became impossible due to insufficient revenue which results to considerable increase in youths recruitment into violent groups,” the CONEP chairman submitted.
He lamented that despite efforts by the North-eastern state governors to woo investors to invest in agriculture and mining, which the zone is blessed with, insecurity in the zone has kept investors away.
According to Suleiman Bauchi, “the Northeastern zone is the most blessed area in terms of agricultural and mining investment resources. The state governors are trying to convince investors for patronage, which could have reduced considerably the over dependent on the public service, but such efforts have proved abortive due to fear of insecurity affecting the zone.”
The CONEP chairman expressed sympathy with the Borno State governor, Professor Babagana Umara Zulum, over the recent unfortunate deadly attacks on him and his convoy by insurgents in the course of discharging his leadership responsibilities to the people of the state.
He, however, called on all citizens of the zone to include all leaders of the zone in their daily prayers, declaring that, “without peace, we should say goodbye to all forms of development in the zone.”
Suleiman Bauchi admonished Northeastern state governors to put their political differences aside and unite with a view to finding means of tackling insecurity in the zone.