There was a carnival of protests Tuesday in different parts of Port Harcourt, in favour and against continuous End SARS protests. Saga Gis... 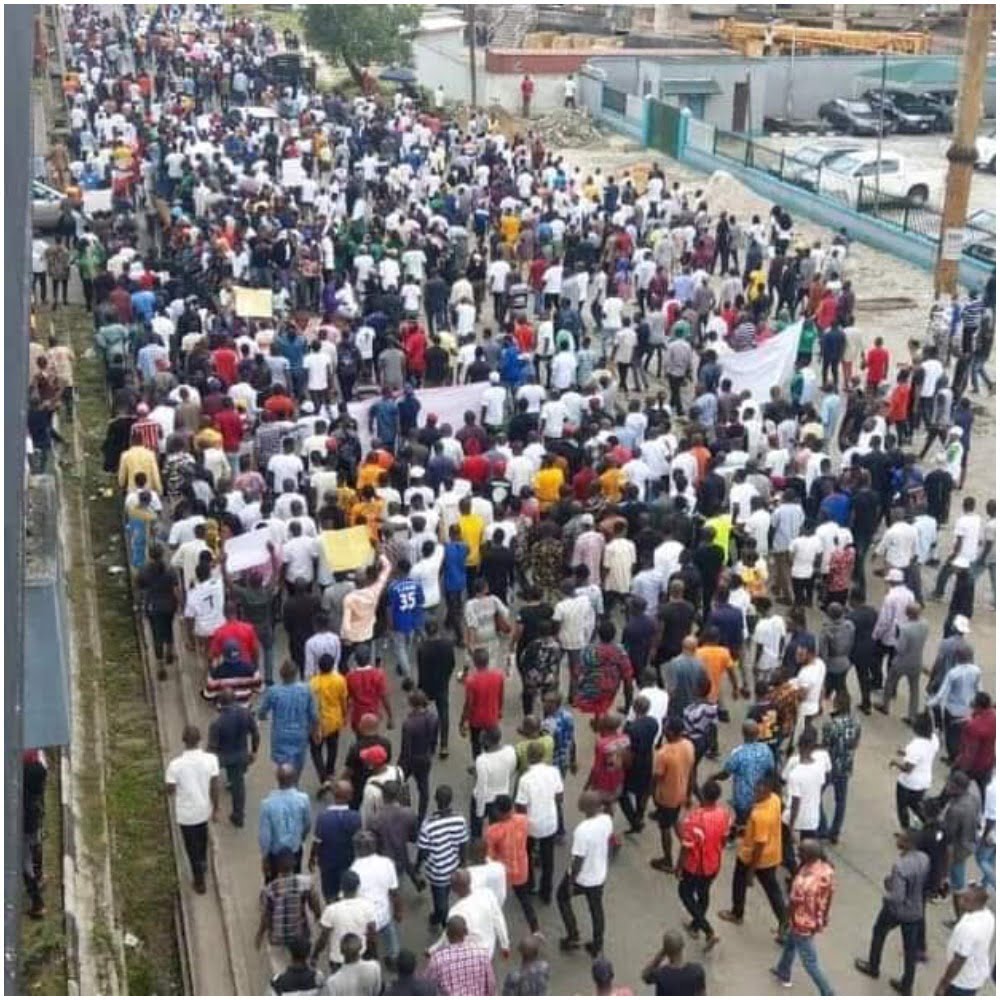 There was a carnival of protests Tuesday in different parts of Port Harcourt, in favour and against continuous End SARS protests.

The pro-Buhari protesters commended President Muhammadu Buhari for standing by the youths to end SARS and reform the entire police system, adding that they are also demanding job creation from the Rivers State Government.

Speaking to newsmen during the protest, one of the leaders of the protest, Warigbani Ezekiel pleaded for peace and dialogue from End SARS youths and not to cast aspersions on the President.

The protesters took their demonstration to the Rivers State Police Command where the Commissioner of Police, CP Joseph Mukan appealed that the protesters remain peaceful in their disposition.

“Be rest assured that the Federal government will never renege on its assurance but the grievances of Nigerian youths will be addressed.

“The Inspector-General of Police is very proactive. When Nigerian youths demanded the disbandment of SARS, within 24 hours he responded and opened a channel for dialogue.

“Be assured that the message you people came up with today will get to the President through the Inspector General of Police,” he said.

The other group of End SARS in Rivers State who marched from Obiri-Ikwere down to the Port Harcourt International Airport in protest against Police brutality, told journalists that SARS officers were still at their Command at Rumualoghu.