In its resolve for the promotion of accountability and transparency in the running of government business, the Ogun State House of Assembly ... 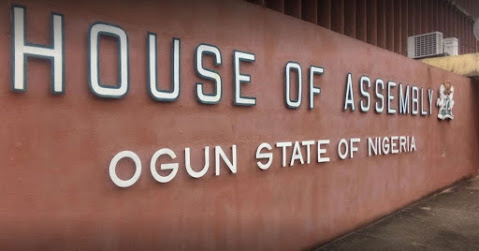 In its resolve for the promotion of accountability and transparency in the running of government business, the Ogun State House of Assembly through its Committee on Public Account and Anti-corruption has invited Trinitas Management Consultant- a consultancy firm managing the operations of the Community Comprehensive Health Centre, Totoro to appear before it on Tuesday, 12th November, 2020 at 2.00pm. The invitation is to allow for clarification on the failure of the Consultant firm to honour parts of its contractual agreement with government leading to the concession of the facility in 2018.
The Chairman of the Committee, Hon. Musefiu Lamidi,  issued the directive in the continuation of the consideration of the financial records of the State Hospital Management Board as presented by the Permanent Secretary, Dr. Nafiu Aigoro and other members of the management team at the Assembly Complex, Oke-Mosan, Abeokuta.
The Committee which equally requested for the comprehensive financial reports of the board between 2015 and 2019 to be submitted on or before 11th of November, noted that it had become a subject of concern as raised in the Auditor General's report that "huge sum have been disbursed to the Consultant firm for the Community Comprehensive Health centre with about 80% of the funds fully paid by the State Government with no shreds of evidence to ascertain the performance of the consultants as regards the declaration of profits and how much has been disbursed to the State Government as agreed in the MOU".
Lamidi also added that the 2018 audit report indicated that the Board did not present its fixed assets registers as against the provision of International Public Sector Accounting Standards (IPSAS), explaining that the  infractions were observed in the award of contracts as there was no compliance as at the period of auditing.
Responding, Dr. Aigoro who stated that some of the infractions especially the register had been updated and made available as at the time he took over the running of the Board last year, assured the Committee that other necessary documents would be made available as requested. He added that lack of fund for capital project, especially project vehicle made the board look inward to make of part of its revolving fund  to purchase project vehicles already provided for in the budget.
In another development, the State House of Assembly Committee on Transportation led by the Vice chairman, Abayomi Fasuwa, has warned that the Assembly will not allow any unscrupulous elements, including one Ogunyemi Olatunji and his cohorts to cause any breach of peace in any part of the State, hence, they should steer clear of parks in Ijebu North and any other part of the State as government will not hesitate to deal decisively with anyone found to be fomenting trouble in any part of the State.
Fasuwa gave the directive while addressing concerned parties, including representatives of the State Park Management scheme, Ijebu-Igbo branch, Alhaji Wale  Adebogun and other union members over a petition against Ogunyemi, who was accused of threats to life, intimidation and perpetuation of illicit acts; assuring that the Assembly was committed to exploring necessary mechanisms at maintaining peace and tranquillity in all parts of the State.
The Committee also examined the petition submitted against the leadership of the Road Transport Employers' Association of Nigeria (RTEAN) on alleged impostion at the Ayetoro, Yewa North chapel of the Association with an admonition to the leadership of the Association always to feel the pulse of their members and ensure that charlatans don't take over the running of their association.
The Committee therefore established that one Mr. Sina Abegunrin, who was the brain behind the petition is too ambitious and was the one trying to cause a breach of peace in the area in his bid to assume leadership by all means.