How will you remember Year 2020? And what happened to those prophecies that ushered in the year? As we bade farewell to Year 2019, people ... 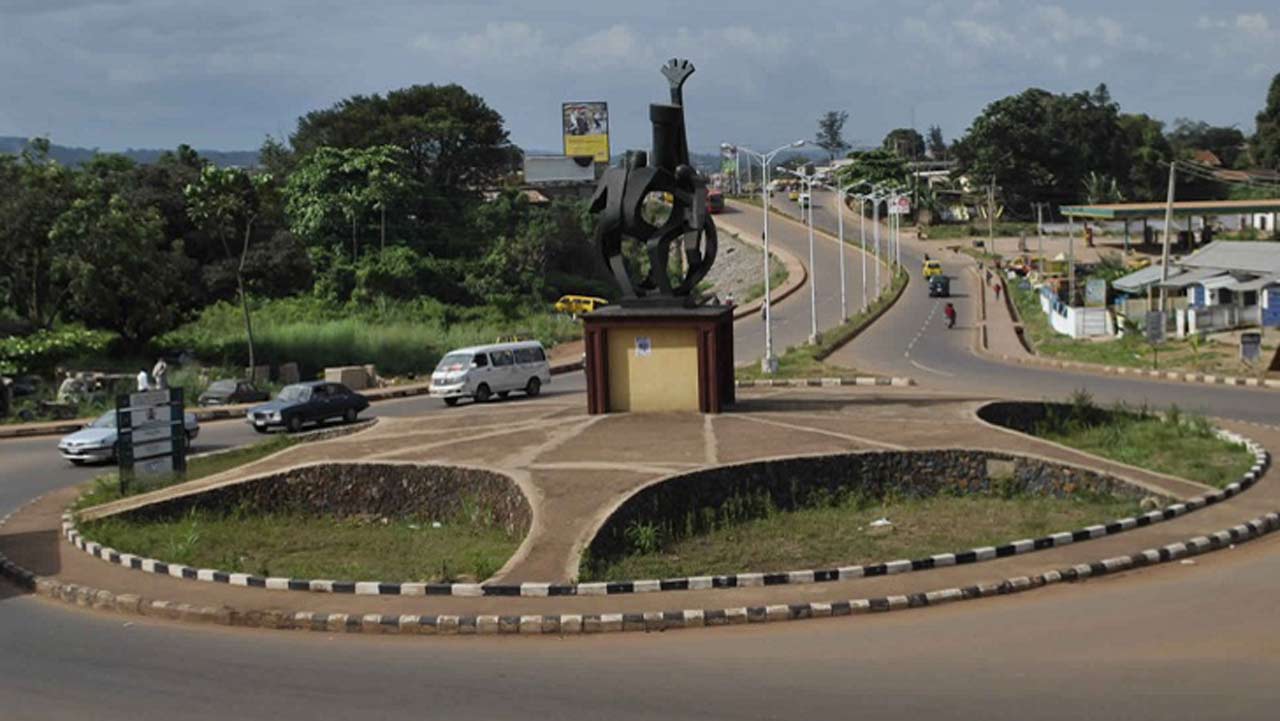 How will you remember Year 2020? And what happened to those prophecies that ushered in the year?

As we bade farewell to Year 2019, people made their individual New Year resolutions. For some, it was to continue with their good practices; for others, it was to change their ways of life – like quit smoking, lose weight, save more and spend less.

Nations and the component states also made their projections that revolved around shoring up their revenues so as to be able to prosecute their budgets and give their constituents better life.

As usual, futurists cast their predictions while some clerics and prosperity preachers held their congregants spell bound with prophecies of wellness and foreseeable financial opportunities in Year 2020. It would be a new dawn of unstoppable breakthroughs when the ancestral curses would be broken! In supplication, we were all challenged to “possess our possessions” and as believers, we yelled and screamed to high heavens in acknowledgement of the expected multiplication of our fortunes.

Like men and women of faith, we all so eagerly awaited our enrichment with confidence. But suddenly, a virus crept in and it has been a story of deaths, tears and miseries ever since.

Not many of the diviners, futurists, prophets and their likes, did foresee the outbreak of the Coronavirus Disease (COVID-19) that has defined Year 2020 and brought the whole world on its knees. Across nations, people have spent much of the year struggling to live or stay safe.

It is the story of The Lost Year which magnified the helplessness of the entire world and exposed the sorry state of the healthcare in even the most developed countries. In truth, COVID-19 rendered claims by nations and governments of having the best healthcare questionable, if not laughable.

Across countries and cultures, the pandemic reordered social relationship patterns. It promoted anonymity in preference to courtesies of yore which highlighted community spirit. Precautionary measures prescribed a New Normal which frowned at physical proximity and viewed shaking hands, hugging friends and families, and touching persons and objects as gravely risky, idiotic and insane.

Rather than enjoy the empathy and presence of beloved ones, sick people lived in isolation. Those lucky to be healthy were in lockdown. Face masks that were, hitherto, alien to non-medical personnel became part of our dress codes. Gates of schools were shut, markets were closed, sports arenas were under lock and key. The auditoriums of churches and mosques were empty even during the year’s Lenten and Ramadan periods when the adherents were forced to remotely worship via online platforms.

The pandemic ushered in a new sense of reality and austerity. With workers at home and production at its lowest ebb across many nations, COVID-19 knocked the world economy off its track. Today, the severe contractions from such shutdown have occasioned another global economic recession, the second in five years. The fallouts were easily predictable: economic calamity, massive retrenchment of staff and mass unemployment.

Back in Nigeria, both the federal and state governments had to contend, yet again, with the #EndSARS protests which brought the economy to a virtual stop, especially after the once peaceful assemblage was hijacked by hoodlums to wreak havoc on government and private structures and interests.

The turbulence of the protests and the ravaging effects of the pandemic clearly became the toughest and biggest tests that faced the President and state governors. Three things were critical: death, health, wealth. It was time to test governance abilities and show leadership examples by those entrusted with the mandate to cater for the welfare of the populace.

It was time for them to engage with empathy and dramatically illustrate that at a time of peril, true leaders were called upon to look after the poor and the rich, the well-placed and the less-privileged in society. In this Lost Year, every leader was required to leverage the full powers of his or her office to determine the fate of his constituents and ultimately to save lives. The pandemic and #EndSARS protests needed responsive and responsible leaders who would take pains in order to salvage situations.

This is where Governor Ifeanyi Ugwuanyi of Enugu State holds the ace. Even as the nation enters another phase of lockdown, he has continued to act decisively as he shows an unwillingness to engage in any unproductive and unhelpful bureaucracy capable of jeopardizing the COVID-19 battle. From the onset, Gov. Ugwuanyi knew the urgency that the medical emergency demanded.

As he rightly captured it during the presentation of the 2021 budget to the House of Assembly, “Year 2020 seemingly started on a good note. Enugu State Government commenced payment of new minimum wage of thirty thousand naira (N30,000) with its consequential adjustment in February 2020. We had adjusted to this new cost centre and set in motion procurement processes for the delivery of services to Ndi Enugu as appropriated by this Honourable House. Suddenly, we slept in one world and woke up in another, confronted with the unpleasant news of a strange illness – Corona Virus Disease (COVID-19). The world helplessly watched this contagion escalate from outbreak to epidemic and was finally declared a Pandemic by the World Health Organization on 11th March, 2020.

“It is common knowledge that this novel disease has been ravaging the human population, leaving a trail of morbidity, mortality and misery of astronomical dimension. This development reset the world economy and governance, ushering in the New Normal; going forward, things were done differently and new priorities in governance and service delivery were defined.”

What has set the Enugu governor apart from his colleagues and other leaders is his proactive plan in response to the virus especially and other emergencies and other governance issues, in general.

Proof of such thinking out of the box was the designation of former Colliery Hospital Enugu as Enugu State Infectious Disease Hospital followed by its redesigning and reconstruction of the dilapidated structures therein. Perhaps more remarkable are the new constructions and equipping of new structures in the complex which, as the governor said in his 2021 budget presentation, “is on the verge of commencing service delivery.” The Infectious Disease Hospital, a rare marvel in outlook and functionality, means that people suffering from contagious diseases, now or in future, have a health facility exclusively dedicated to cater for them. More exciting is that the Enugu State Infectious Disease Hospital has the capacity to take in hundreds of patients of COVID-19 or other contagious illnesses at the same time.

Prior to this, the government had put in place fully functional three Isolation and Treatment Centres that have been used since the first COVID-19 case was recorded in the State. They are located at the State Diagnostic Centre, Enugu State University Teaching Hospital (Parklane), and one at Nsukka.

And going forward, the government has made provision for Isolation wards in many of the hospitals being renovated across the three senatorial districts.Seven Type 3 hospitals built in seven local councils will soon be deployed while an Amenity building has been added to the ongoing massive rehabilitation of the Enugu Ezike General Hospital in Ogrute that has not witnessed any recognizable makeover since its establishment in 1956. This is in addition to the rehabilitation and equipping of thirty four health facilities in the seventeen local government areas.

Without doubt, Ugwuanyi recognizes nurses, doctors and other health workers engaged in the fight against COVID-19 as the true heroes of The Lost Year. That explains where the state government instituted and has sustained a life assurance package for these classes of workers, in addition to the payment of 25 per cent COVID-19 allowance and the recruitment of specialists to man the isolation centres.

Consistent with his persona as a giver for genuine causes, it was not surprising that to cushion the hardship of the lockdown and make the anxieties bearable, Gburugburu’s government granted tax relief to vulnerable persons, and distributed sundry palliatives to different categories of individuals and groups, ranging from people living with disabilities to spinal cord patients, religious bodies, tricycle (Keke) and Okada riders, national union of road transport workers, security agencies, among many other vulnerable groups.

As earlier predicted by the International Monetary Fund (IMF), the world today, no thanks to the coronavirus pandemic, faces its worst recession since the Great Depression of the 1930s. The implications are dire but the governor points to the light at the end of the tunnel.

“This administration at its inception in 2015,” Gov. Ugwuanyi says, “witnessed a recession and is, thus, the only administration in the history of Enugu State that has witnessed two cycles of recession in its lifetime. Nevertheless, Enugu is in the hands of God and His grace is sufficient unto us…

“In the past five years, due to relative political stability and peaceful coexistence, security of lives and property, stronger governance institutions, fiscal prudence alongside investment in critical infrastructure, Enugu State has maintained a steady economic growth and stood out as one of the fastest growing subnational economies. Riding on these, we hope that year 2021 will offer a better environment to advance the State on the path of recovery and progress.”

With new lockdown measures now in place in Nigeria, the time has come for the political leaders to show their mettle in the efforts to slow the speed and spread of the COVID-19 second wave.

In Enugu, Gov. Ugwuanyi has earned the trust of his people as a leader who would not fold his hands in times of adversity. For a governor who has placed the collective wellbeing of the populace above his personal comfort, he has shown leadership examples that others should imitate in times of comfort and crisis.

Ugwoke wrote is from Enugu.