A truck has been set ablaze in Saki, a town in Oyo State for allegedly killing one person. It was gathered that the truck which was convey... 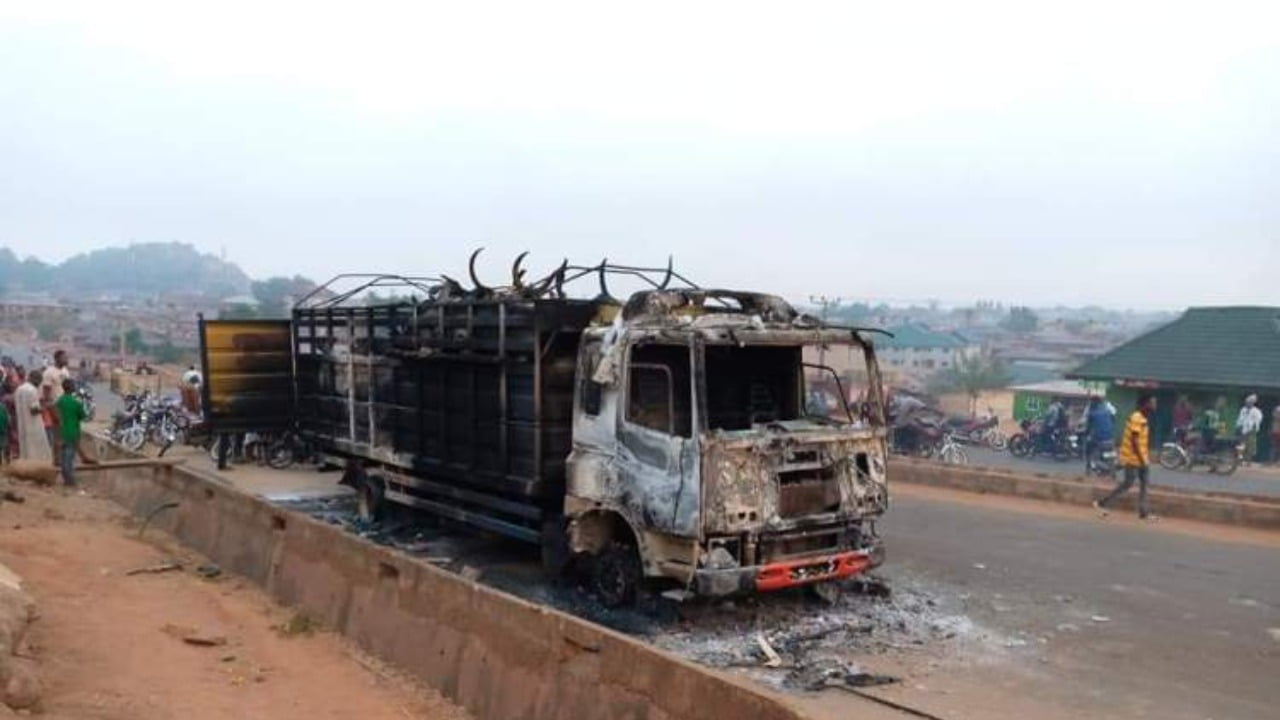 A truck has been set ablaze in Saki, a town in Oyo State for allegedly killing one person.

It was gathered that the truck which was conveying some cattle was burnt for allegedly killing a young boy in the town on Monday.

Our correspondent gathered from sources that the incident occurred at Challenge junction in Saki, Monday evening.

The victim, identified as Ayuba Raji was allegedly knocked down by the truck.

It was gathered that the truck was moving out of the town when the incident occurred.

Spokesman of Saki Town Development, Mr Adekunle Lawal who confirmed the incident, urged the contractors handling the Saki dual lane to do something about the road. 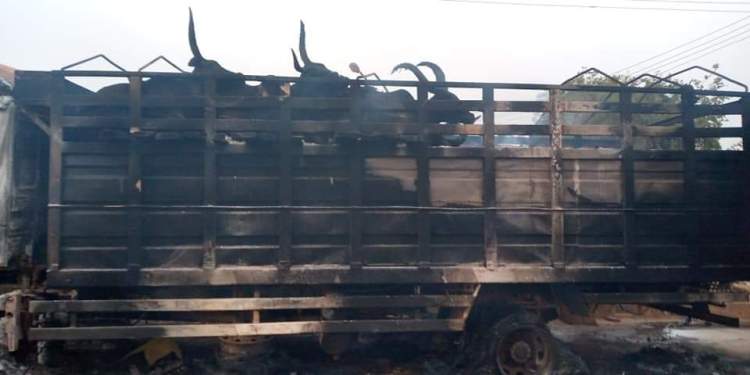 “Yesterday Monday, 11th of January 2021, lately around 10pm, an accident occurred at CHALLENGE junction which claimed the life of a boy Ayuba Raji, a younger brother to popular Yoruba presenter and musician Monsurat Raji. This young boy was riding a Boxer motorcycle and was hit by a truck transporting cows out of the Saki.

“Angry mobs set the truck ablaze before SAKIFIRST got in touch with the Police to avoid more damages. Over speeding and careless driving are what we know those cattle transporters for.

“It is now the right time for us to lead the FRSC for training on driving rules, a step we took last year before COVID-19 palava stopped us.

“We commiserate with the family of the deceased, the contractors need to do something urgently too. This is the second accident in just 3 months.” 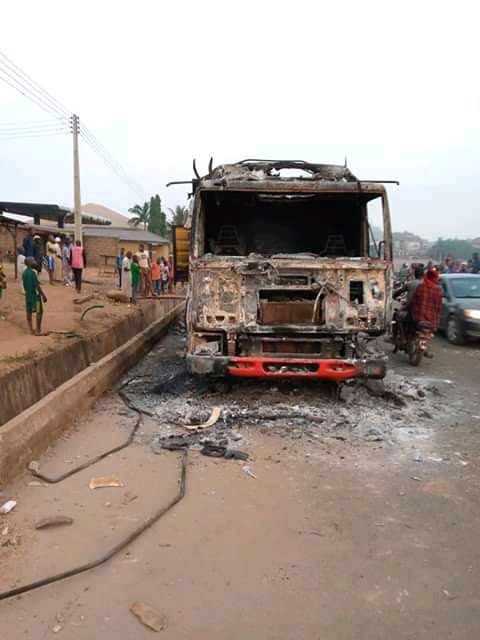 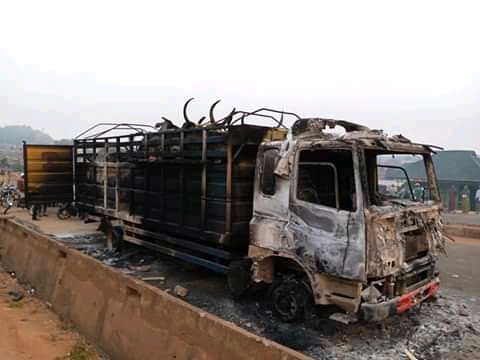