Governor Abdullahi Ganduje of Kano State on Saturday paid a condolence visit to the family of late Musa Sale-Kwankwaso, who died on Dec. 2... 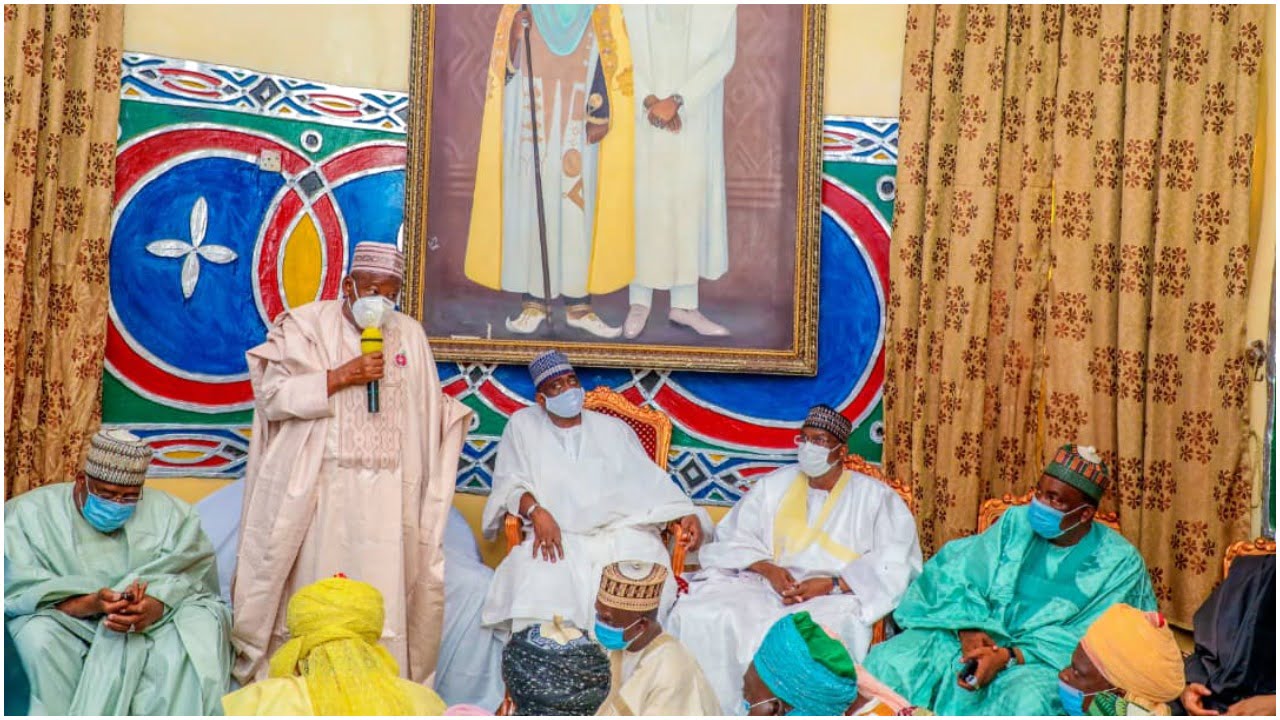 Governor Abdullahi Ganduje of Kano State on Saturday paid a condolence visit to the family of late Musa Sale-Kwankwaso, who died on Dec. 25 at the age of 93.

Abba Anwar, the Chief Press Secretary to the governor made this known in a statement issued to newsmen in Kano.

Recall that the deceased, who was the Makaman Karaye, was the father of the immediate past governor of Kano, Sen. Rabi’u Musa-Kwankwaso.

Anwar said the governor, who was out of the country when Makaman Karaye died, also pledged to continue to give the family all the necessary support.

“After his return from abroad, Gov Ganduje paid a condolence visit to the families of the late Makaman Karaye at the residence of the deceased, in Kwankwaso, Madabo Local Government Area.

“The governor was received by the Commissioner for Rural Development, Musa Iliasu-Kwankwaso, a few kilometres to the town.

“The governor was also received by the Village head of Kwankwaso, Alhaji Baba Musa Kwankwaso at the deceased’s house in Kwankwaso village.”

He lamented that the state lost a very caring father, who had blessed years before his return to Allah. May Allah forgive his sins and continue to shower blessings on him.

“That was why he was praised by all his people and even beyond. May Allah forgive all his shortcomings and reward him with Jannatul Fiddaus,” the CPS added.

Ganduje also pledged to leave the title of Makaman Karaye with the family.

“There is no need for the request because this house deserves everything from us. We always respect this house.” NAN quoted him as saying.