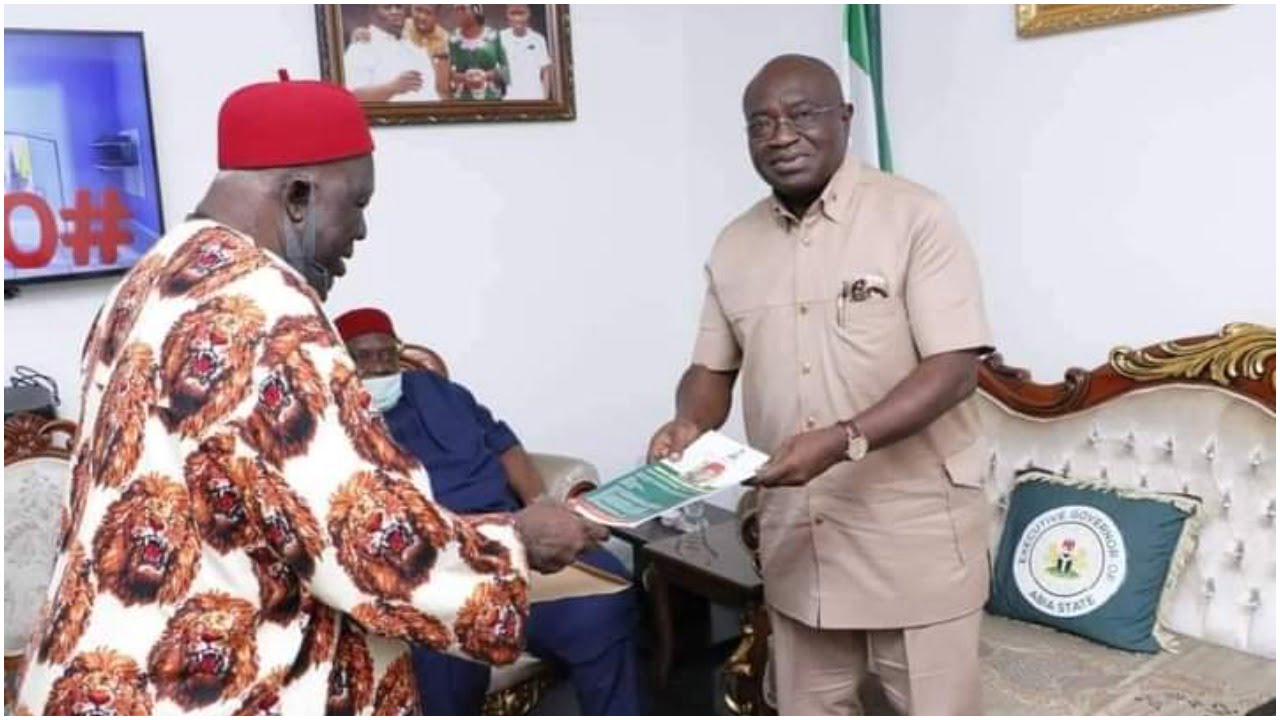 Okezie Ikpeazu, Governor of Abia State has said the pan Igbo organization Ohanaeze Ndigbo remained the strongest voice of the Igbo people in national affairs and needs credible leadership to enjoy the support of well-meaning citizens of Igboland.

Governor Ikpeazu made the assertions at the Governor’s Lodge Aba while receiving in audience, a delegation of eminent Igbo sons who came to present to him the candidature of Professor George Obiozor as the next President General of Ohaneze Ndigbo.

Ikpeazu while congratulating the outgoing President General, Chief John Nnia Nwodo for providing solid leadership for the organization, called on whoever will emerge as the next President General to build on the sterling performance of Chief Nwodo and give Igbos an even stronger voice on national issues.

He described Professor George Obiozor as an intellectual of global repute, stating that at this stage of the development of Ndigbo in Nigeria, it will be difficult to find a better candidate for the position than the eminent Professor.

The Governor assured the delegation that his administration shall continue to support the Ohaneze, working together with the other Governors of the South East.

He stated further that Professor Obiozor has all it takes to lead the organization and wished him well in his quest.

Earlier, leader of the delegation, Chief Emmanuel Iwuanyanwu told the Governor Okezie Ikpeazu that Professor George Obizor possessed all that is required for the position judging by his wide experience in international politics and long years of experience in public service.

He urged the Governor to lend his support to the candidature of the Professor.

Also speaking, Professor George Obiozor told the Governor that he accepted to run for the position because of his belief that Ndigbo should get a better deal in Nigeria.

He assured the Governor and the people of Abia State that he will work for the repositioning of Igbo people in the scheme of things in the country.

Saga Gist reports that the Imo State born George Obiozor is a Professor of International Relations. He had served as Nigeria’s Ambassador to the Republic of Cyprus, Israel and the United States of America. He was also the Director-General of the Nigeria Institute of International Affairs, Lagos.