Charly boy said this on Saturday as police officers and security operatives mount up at the toll gate.

Protesters tagged #OccupyLekki have refused to shelve planned protest against the reopening of Lekki toll gate despite the presence of armed police officers and warnings from the government.

Charly boy, on his Twitter page, joined in condemning the reopening of the toll gate, even as he insisted that Nigerians have right to protest and should not be stopped.

His tweet read, “I know these animals have turned Nigeria into a Jungle but peaceful protest is still our human right.

“A history of rape, history of rejection, Tribalism, Terror, Corruption, nonentities in governance and Docility but enough is enough. Say No to #lekkitollgate reopening.”

Recall that the agitation for another protest commenced after the Lagos State Judicial Panel of Inquiry handed over the possession of the tollgate
to its operators, Lekki Concession Company.

While the chairman, Justice Doris Okuwobi and four others ruled in favour of another application by the Lekki Concession Company (LCC), four members of the panel, including a youth representative, Rinu Oduala, kicked against the decision. 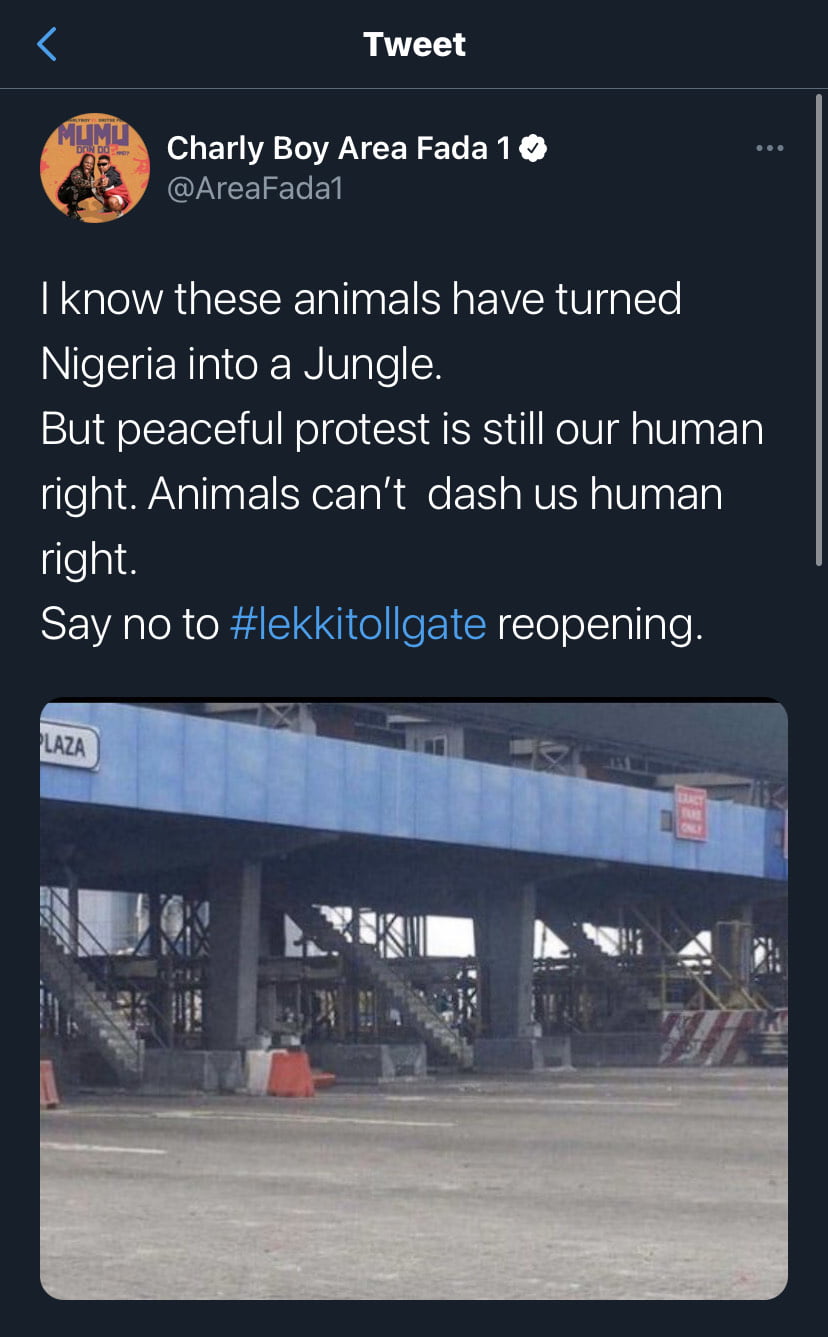