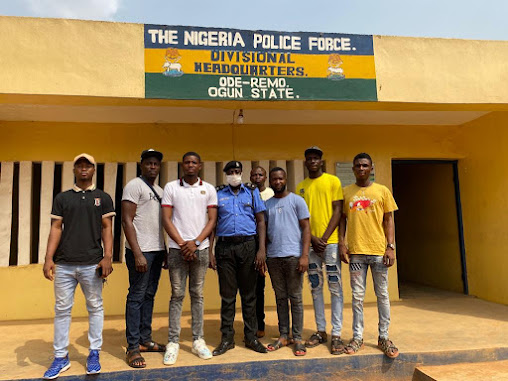 The Newly Elected Chairman of National Association of Nigerian students (NANS) Ogun state chapter, Adeyemi Samson Ajasa has promised to take the students security as a priority throughout his tenure in office.

He made this known through a Press release issued on Monday after the recent attack on students of Gateway ICT Polytechnic, Saapade

Adeyemi said, "It is indeed disheartening to hear of the recent attack on innocent students of Gateway ICT Polytechnic, Saapade by criminal elements who derive joy in disrupting the flow of peaceful academic activities and leave pain and property loss behind them as trails".

Adeyemi stated that "They briefed us on the steps taken to track down these men of the underworld and assured us of their commitment to speedily combat all crimes, especially against the student community.

"We advised these security agencies to ensure that they organise a community meeting between all  stakeholders in the security sector in the community, especially local security who are expected to ensure peace in the grassroots."

However, the union advised the  Students to be vigilant and raise an alarm whenever they suspect some clandestine moves, hear strange noises or see strange faces.

He said"Now will be time to embrace in it's entirety peaceful coexistence and all aspects of community policing as a way to combat all forms of violent crimes. Security is not One Man's Business, it's Everyone's Business"